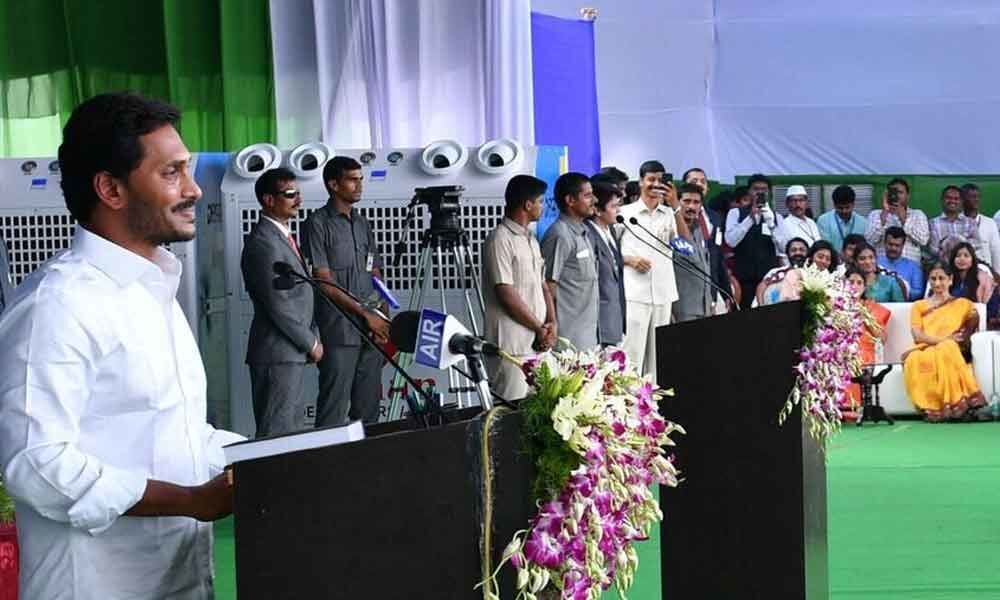 Addressing a mammoth public meeting after the swearing-in ceremony, Jaganmohan Reddy assured people: "I will always be with you." Stating that he personally witnessed the problems of people during his padayatra, Reddy said that he prepared a two-page manifesto which would be his Bible, Quran and Bhagavad Gita in delivering the governance. There was no point in presenting a huge document only to deceive people, he said.

Reddy said that he would try to extend the benefits of Navaratnalu, party's nine pre-poll promises, to every family irrespective of their party affiliations.

A call centre would be set up in Secretariat to address the grievances of people. Village secretariats would be developed.

Employment would be provided to 10 youth of different sections of people from each village from October 2.

The previous government resorted to irregularities in purchasing solar or wind power.

While the other states are paying Rs 2.60 paise and Rs 3 per unit of solar power the state government was paying Rs 4.84 and Rs 6 per unit on the pretext of peak hours demand.

The Chief Minister said that he would revamp the administration in six months to bring transparency and to curb corruption. "Give me six months to one year. I will root out corruption from top to bottom," he said.