Jaganmohan Reddy personally invites MLAs to be inducted into Cabinet 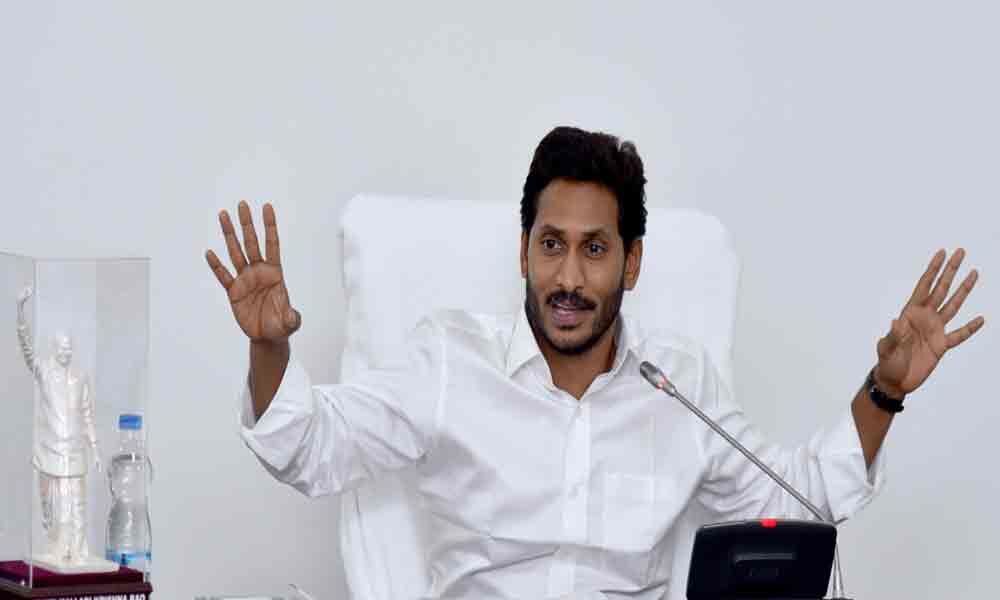 With just 24 hours left for the state cabinet expansion, tension is mounting among the aspirants from YSRCP.

Amaravati: With just 24 hours left for the state cabinet expansion, tension is mounting among the aspirants from YSRCP. Speculations are rife that Chief Minister Y S Jaganmohan Reddy, who is giving finishing touches to his team of ministers at his residence in Tadepalli, has called some MLAs and told them to come to Amaravati and get ready for swearing-in ceremony. He is said to have told them to remain silent till the swearing in takes place.

According to party senior leader Ambati Rambabu, no intense lobbying was on as Jagan did not give any scope for it. Jagan, who has been fighting a political battle for last decade, was aware of the capabilities of each MLA. Since the party got a landslide victory it was natural that every MLA would feel that he should get a chance to become a minister. Reddy will be holding a detailed discussion with some of his confidants on Friday morning before finalising the list, said Rambabu.

After Jagan was sworn in as Chief Minister he did not give any scope for people queuing up of aspirants, Rambabu said. However, it is being said that Railway Koduru MLA K Srinivasulu received a phone call from the Chief Minister informing him that he was being inducted into the cabinet.

Srinivas has left for Amaravati, according to party sources. On the other hand, his followers burst crackers and celebrated in his constituency. Srinivasulu had hit a hat-trick from this constituency in the just-concluded elections.

It may be mentioned here that Jaganmohan Reddy had assured Marri Rajasekhar Reddy, Alla Ramakrishna Reddy and Balineni Srinivas about a berth in the cabinet. Chittoor MLA A Srinivasulu said that he received a telephone call from CM peshi asking him to attend a meeting at Tadepalli on Friday.

MLAs A Suresh, A Rambabu, Kunduru Nagarjuna Reddy, Mahihdar Reddy in Prakasam district and Mustafa from Guntur also got the invite to attend the meetings.

Sarvepalli MLA K Govardhan Reddy, who is also the district convenor, said that all legislators in Nellore received call to attend the Friday meeting. Meanwhile, Tirupati MLA B Karunakar Reddy said that for him being a legislator itself was more important and that he was not aspiring for a berth in the cabinet.

According to sources, the MLAs of Reddy community may get six to seven ministerial posts. Similarly, the BCs and SCs are also likely to get the same number. Kapu and Kamma will get two posts. Vysya and Brahmins may get one each. The 25 MLAs of YSR Congress will be inducted in the State cabinet, according to sources.

Botsa Satyanarayana and Pushpa Srivani will get chance from Vizianagaram district and Dharmana Prasada Rao or his brother Krishna Das is likely to get a place in the Cabinet from Srikakulam district. G Amarnath and Avanti Srinivas will get chance from Visakhapatnam district, the sources said. Similarly, Peddyreddy Ramchandra Reddy and RK Roja from Chittoor district, Ananta Venkatrami Reddy from Anantapuram, Srikanth Reddy and A Basha from Kadapa district may secure place in YS Jaganmohan Reddy's cabinet.