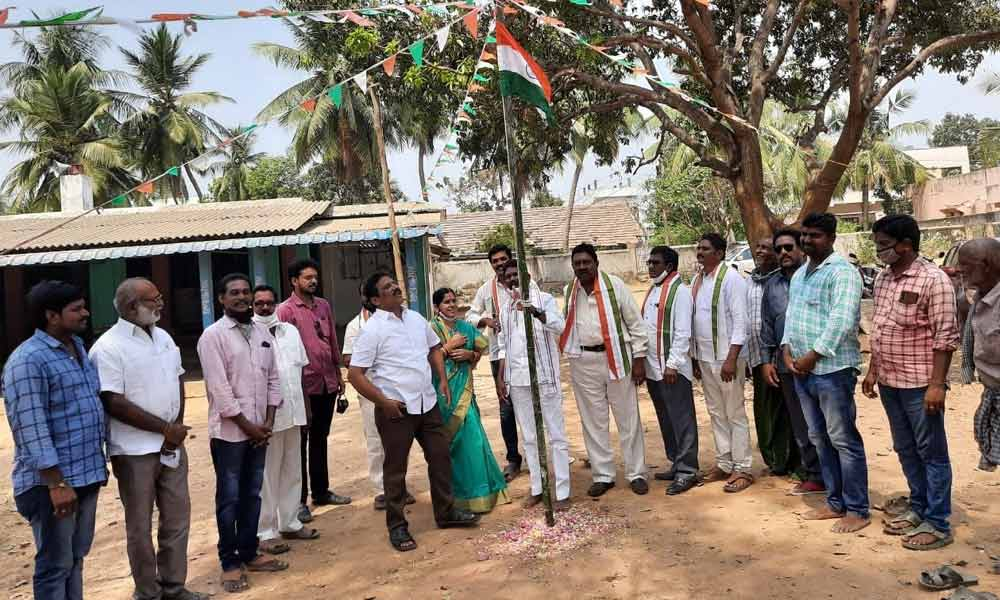 Later, he demanded the Central government to honour Pingali Venkaiah with Bharat Ratna. Though national flag came into existence 100 years ago, due recognition was not given to Pingali Venkaiah, he added.

It is right time to honour him with Bharat Ratna during this centenary celebrations and the Congress will fight until BJP government announces Bharat Ratna to Pingali Venkaiah. The celebrations were held on the directions of AICC president.

The Congress will win majority seats in the MPTC and ZPTC elections and the party always fight for the people and the people are anxiously waiting for Congress rule in the State as well as at the Centre, he said. The Congress leaders G Sridhar Babu, sarpanch K Lakshmi Saroja, Dr Vdayar, S Vamsi Kiran, A Seshagiri, KS Narayana and others were present.