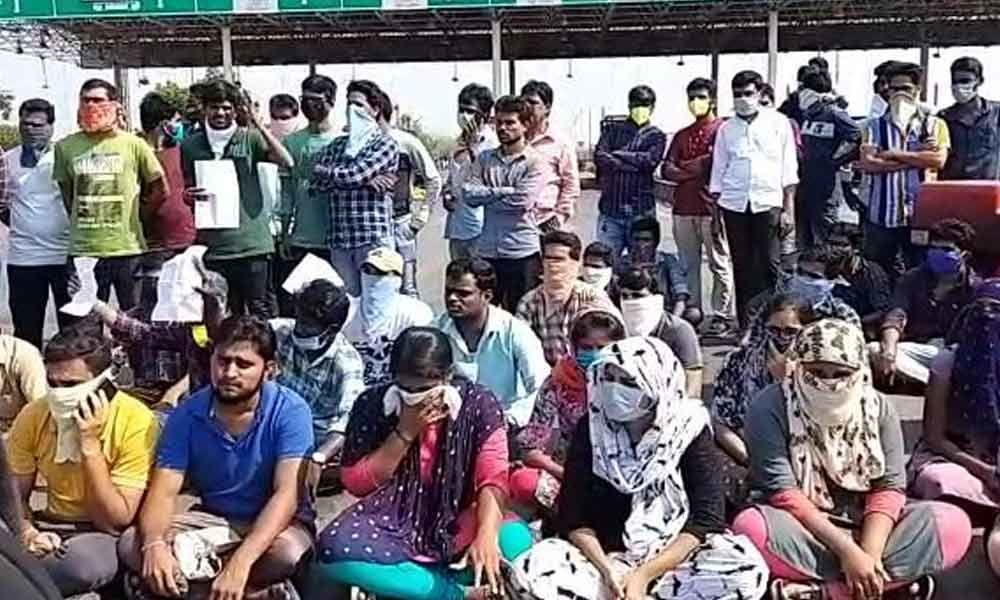 People who were staying in Telangana and wanted to reach their destinations in Kurnool and other places were stopped by AP police at ...

Kurnool: Tense situation prevailed at Panchalingala-Pullur toll plaza on the National Highway 44, as hundreds of people were stranded as the police of both Telangana and Andhra Pradesh states have objected their entry. With the announcement of lockdown people are advised to go their places by vacating the present place they are staying.

Several people of Telangana staying in Kurnool and other places made arrangements to go to Telangana. Similarly, those staying in Telangana wanted to go to their places in Rayalaseema region. But people from both sides were stopped at the Panchalingala-Pullur toll plaza. With the denial the people have sit up on the road at toll plaza on Thursday.

About 500 people from Telangana were stopped by the Kurnool police, similarly 200 students taking coaching in Nandyal were denied entry into Telangana by the police. With the denial the people stranded on both sides are expressing their ire and anguish.

The Superintendent of Police (SP), Fakkeerappa Kaginelli has said that their entry would be allowed into Kurnool but they have to be in isolation ward for fourteen days before sending to their destinations. But the people are reluctant to isolation wards. So we are helpless to permit their entry into Kurnool district, said the SP.