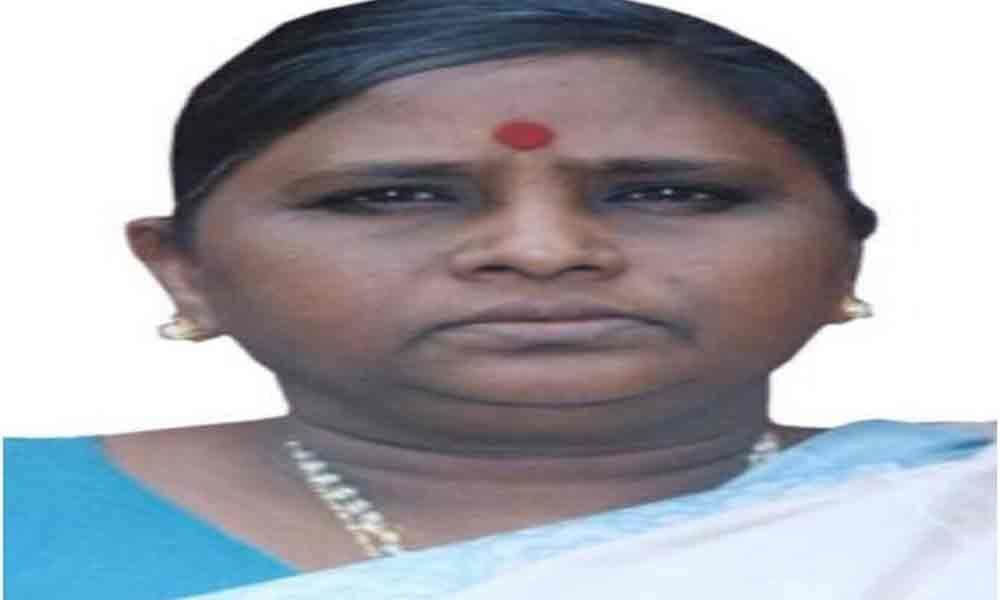 Former Deputy Speaker of the composite AP state and senior TDP leader Dr G Kuthuhalamma said repolling for any election was never witnessed in the country after 34 days of completing the general election.

Chittoor: Former Deputy Speaker of the composite AP state and senior TDP leader Dr G Kuthuhalamma said repolling for any election was never witnessed in the country after 34 days of completing the general election.

"The Election Commission has failed to follow the constitutional parameters due to vested interests. It is a clear cut political vendetta of Prime Minister Narendra Modi against AP Chief Minister N Chandrababu Naidu. Instructing to hold re-polling in five polling stations of Chandragiri, Chandrababu Naidu's home turf, is a crystal clear example of Election Commission's undue favour towards YSRCP," she said. The EC has lost its integrity by way of supporting one party at the behest of the Prime Minister Narendra Modi, she added.

Speaking to The Hans India here on Friday, she regretted that no repolling was held in the state or elsewhere after ending the prescribed election. During my 40 years of political career in different capacities, I never heard the repolling after 34 days of general election, she said and added that none of the previous Election Commissioners had taken such a hasty and one-sided decision as the present EC. She said she was really shocked to know the decision and declared that no force would deter the prospects of TDP.