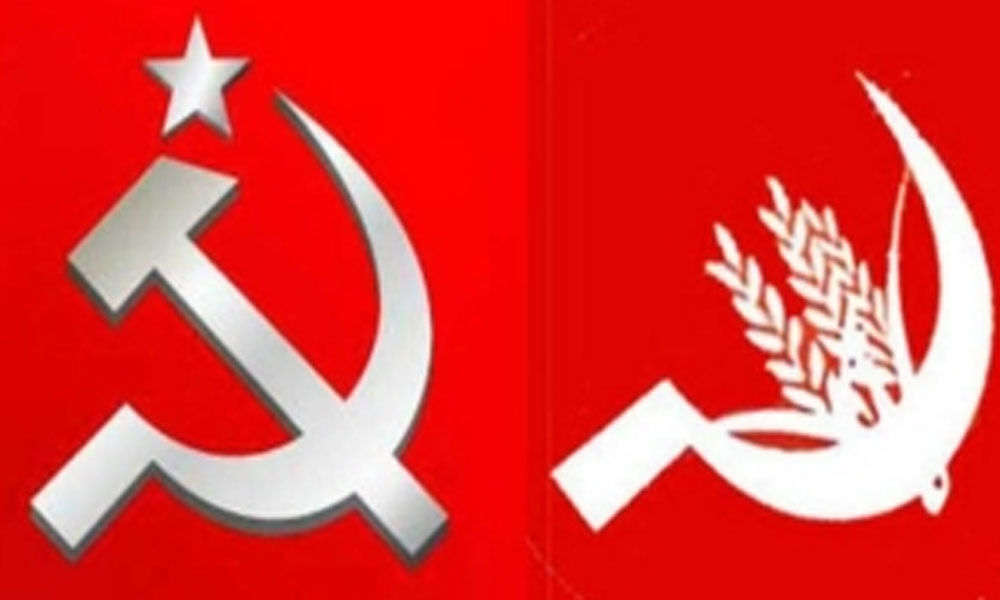 Tirupati: This time, the election will be a different one for the Left parties in the sense that they have to contend with playing second fiddle in...

Tirupati: This time, the election will be a different one for the Left parties in the sense that they have to contend with playing second fiddle in Chittoor district as no seat was allotted to them to contest in the ensuing general election.

In the seat sharing, the Jana Sena Party (JSP) lead partner of the alliance allocated not even a single Parliament or Assembly seat in Chittoor district to the Left parties, CPM and CPI, resulting in these two parties to play a supportive role in the high-profile district. There are three Parliament constituencies (PCs) and 14 Assembly constituencies in Chittoor district.

In fact, the district CPM and CPI geared up for contesting at least one or two seats each in the district considering their strength in the district where they have strong presence in the urban areas, Tirupati, Chittoor and Madanapalle and also pockets of influence in many rural areas. The two parties also controlling majority of the employees unions in TTD, government, PSUs like banks, insurance, RTC, private agencies and also unorganised sectors.

Against the backdrop, it is needless to say that both parties in the district were disappointed on not getting at least one or two seats for contesting in the election. Interestingly, the allocation of five seats to Bahujan Samaj Party (BSP) including two Parliament and three Assembly constituencies added salt to the injury of the Left parties as BSP is much weaker with no full-pledged district body and has no presence in most mandals in Chittoor district.

Many Left party leaders on condition of anonymity said in one voice that injustice was done to Chittoor district by not allocating at least one Assembly seat each to the two parties to contest the election this time. They lamented that they have no choice but to obey the State party which agreed to the seat sharing though it is not fully satisfactory as the Left parties are keen on building a third alternate political force to replace the anti-people TDP and YSRCP in the interests of the people of the State.

A senior CPM leader expressing resent said probably it is first time that the party is remaining away from directly involving in the election discouraging the cadre. Despite this, he said that party would strive its best for the alliance victory in the district. Meanwhile, another senior leader felt that it is the failure of the State leaders to get one seat each for CPM and CPI in every district.

"We expected one or two seats in every district for strengthening the alliance and also expanding the Left parties taking advantage of the election in all district," he said expressing his disappointment on leaving Left parties no seats in Chittoor district.