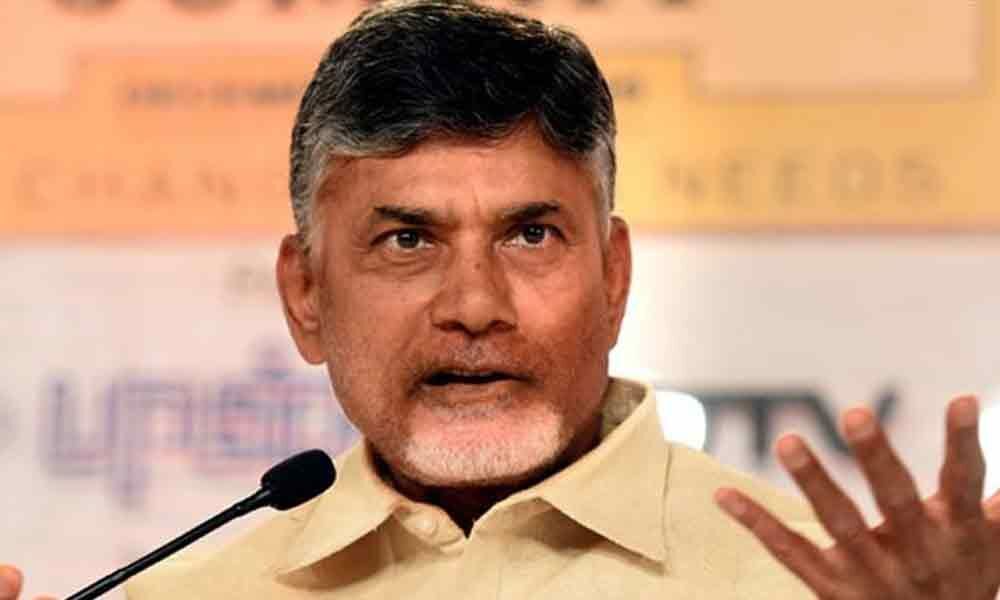 While expressing support to Chandrababu Naidu, the villagers offered him land and said that they themselves will provide security to him.

Amaravati: Farmers from 14 villages in Amaravati visited Telugu Desam Party (TDP) chief N Chandrababu Naidu at his residence and extended their support to him on the order issued by the state government for demolition of Praja Vedika, notice regarding his official residence and reduction in his security.

The Andhra Pradesh Capital Region Development Authority (APCRDA) on Friday had served a notice to TDP chief to vacate his current official residence.

Naidu thanked the farmers and women from Amaravati. He recalled the developmental activities taken up in the area during his regime. He said that if he had developed the region for five more years with the same pace, Amaravati would have become a great asset to the state. The former Andhra Pradesh chief minister further said that he will stand by the people of Amaravati and fight for their problems.

The TDP chief said that adverse conditions are not new to him. Earlier, 26 enquiries were ordered against him but not even a single allegation was proved.

"Now, this new government is saying that it will set up committees and hold inquiries," Naidu said.

"I will work for the public. I think of state development and welfare of the poor. I will always be among the people, create awareness, and fight on public issues, he said.