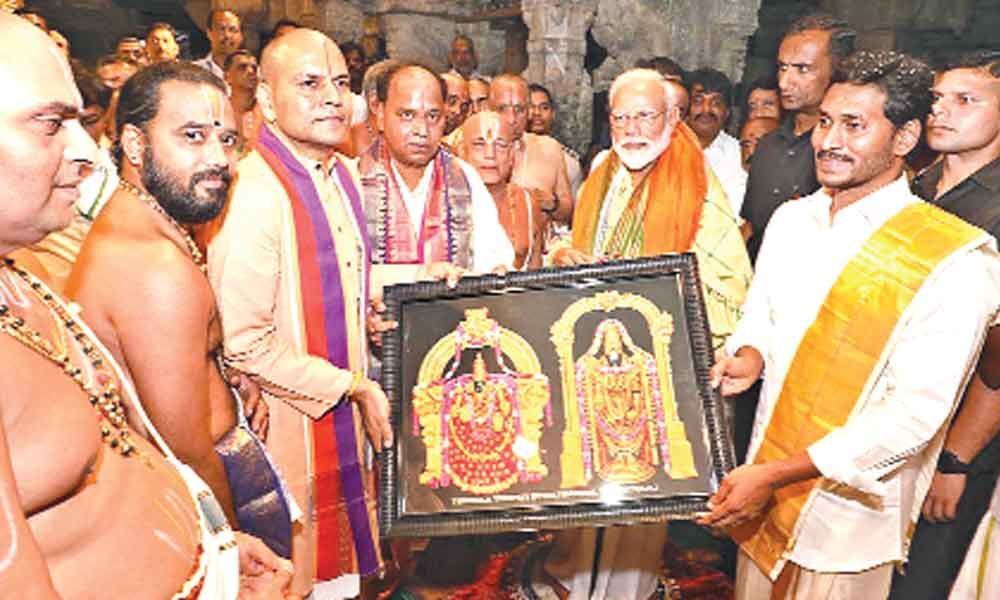 Modi, following the age-old temple practice, the Prime Minister first bowed to Dhwajasthambham while proceeding to the sanctum sanctorum.

He then worshipped Lord Venkateswara after which the chief priest rendered the Ithiham of the temple and its presiding deity.

Modi later had darshan of Vimana Venkateswara while in circumambulation (Pradakshna) and offered Kanuka in Hundi.

At Ranganayakula mandapam, the temple priests and Veda pundits rendered Aasirvachanm blessing the Prime Minister amidst chanting of hymns from scriptures.

After coming out of the temple after darshan, Modi greeted the people who gathered near the shrine to see him, before his departure.