Police take up massive checks along highways in Srikakulam 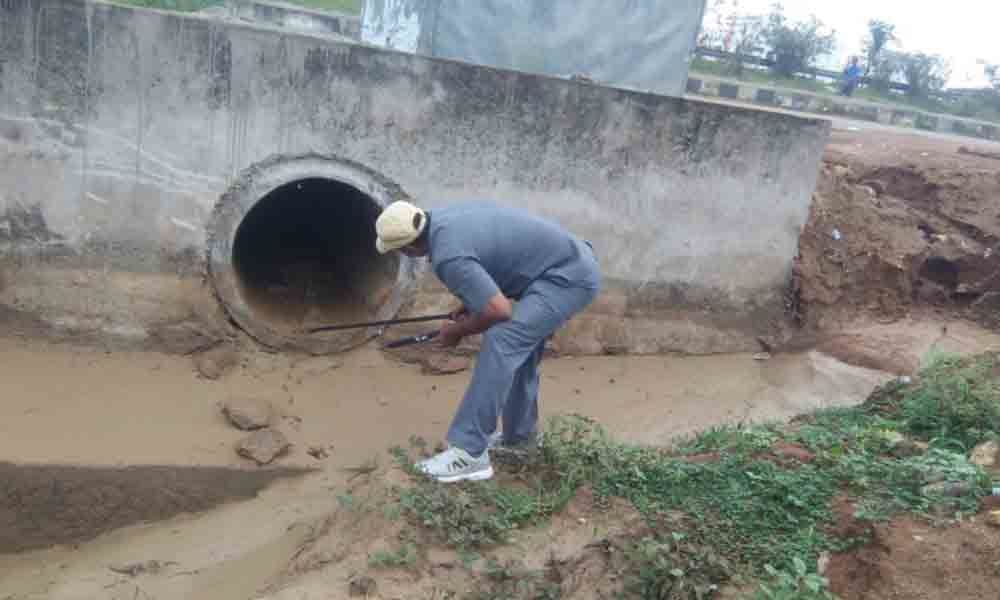 As part of precautionary measures, police launched massive checks all along the national highway (NH-16) and state highway (SH) roads in the district.

Srikakulam: As part of precautionary measures, police launched massive checks all along the national highway (NH-16) and state highway (SH) roads in the district.

The movement of VVIPs and VIPs is frequent every day and six lane road extension works are also progressing along the NH-16. As part of the extension of NH-16 culverts, bridges, under tunnels and flyovers etc works are going on at brisk pace.

On the other hand special party police teams are conducting massive combing operations along the Andhra Odisha border (AOB) forest area to prevent Maoists movement in the district.

In this backdrop police sensed trouble that the Maoists may act provocatively by putting some explosives under bridges and culverts etc. To prevent any untoward incident, police launched massive checks along the NH-16 with road opening parties (ROP), bomb detective dog squads etc.

Regular vehicle checks also launched at all important junctions along the NH-16 under the respective police stations limits. ``As part of preventive measures, we have launched massive checks along the NH-16 and will also cover state highways in the district,'' said Superintendent of Police R N.Ammi Reddy.

`We will complete the process within ten days and will also maintain round the clock vigil on important junctions where suspected persons are likely move,' SP added.