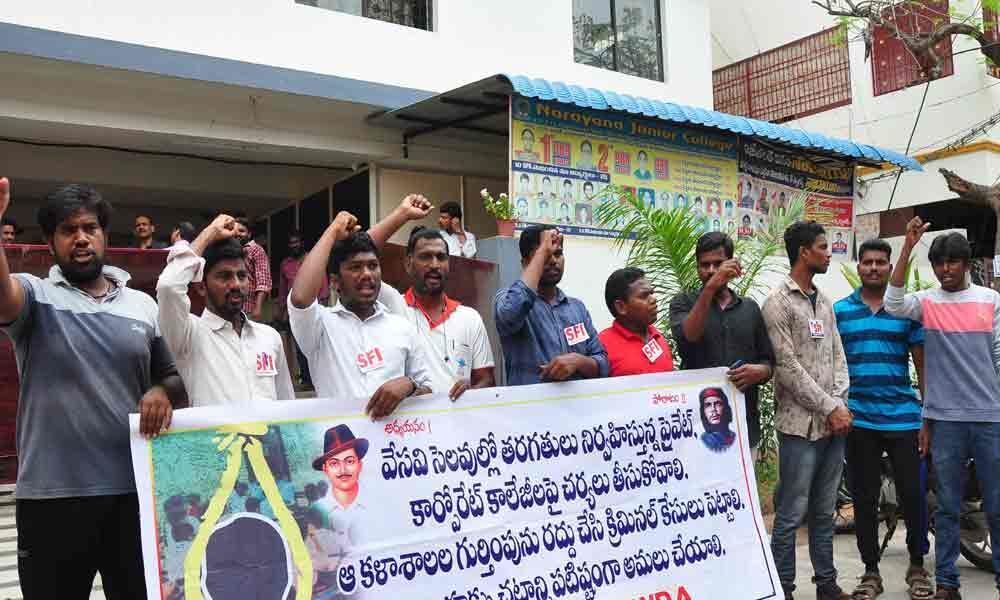 DYFI district secretary T Praveen stated that Intermediate Board secretary B Udaya Lakshmi had released the orders not to conduct any classes during the summer vacations. But both the corporate colleges were conducting the classes.

They have not taken permission from the government. He further said that they were demanding that the managements show the permissions given by the government, if any. SFI district secretary M Someswara Rao, SFI state president Ashok, state joint secretaries Prasanna Kumar, Narasimha, Vijayawada central leaders Rakesh, Sumanth and others were present.