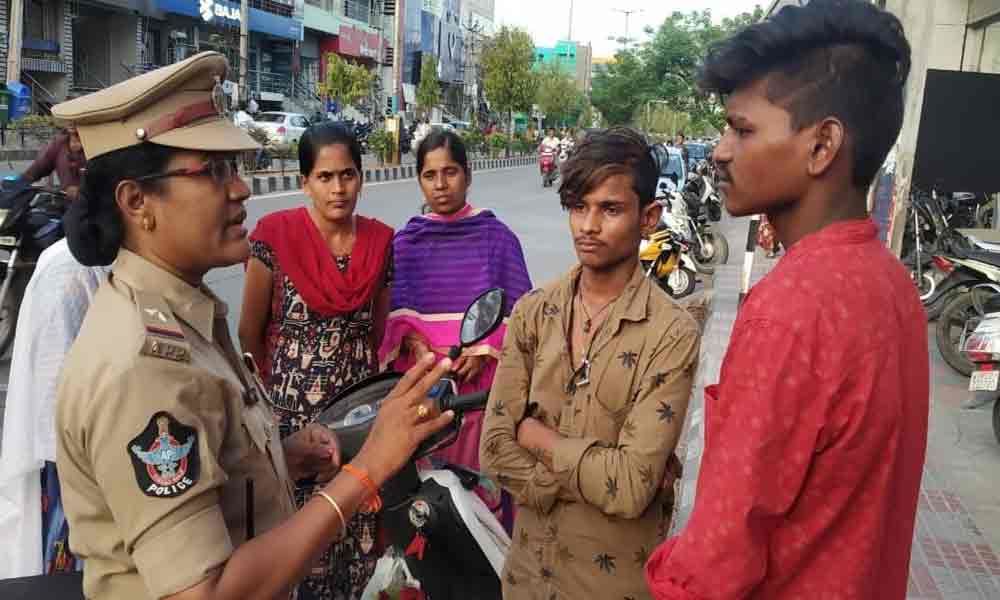 To curb eve-teasing and other atrocities against girl students in pilgrim city, Urban SP KKN Anburajan had instructed ‘Shakti’ teams to intensify surveillance in and around educational institutions.

Tirupati: To curb eve-teasing and other atrocities against girl students in pilgrim city, Urban SP KKN Anburajan had instructed 'Shakti' teams to intensify surveillance in and around educational institutions.

The pilgrim city has emerged as centre for higher learning with the setting up national-level institutes like IIT and IISER. According to information, 30,000 girl students are pursuing higher studies in 7 universities and 50 degree and engineering colleges. Similarly, more than 5,000 girl students are studying in 40 high schools in the city.

Anticipating trouble from eve-teasers with the commencement of new academic year a week ago, the SP directed 'Shakti' teams comprising 53 women constables to conduct patrolling from morning to evening.

The women constables were divided into 4 car patrolling and 8 two-wheeler teams and discharging duties in two shifts from 7 am to 9 pm every day. Apart from preventing eve-teasing, 'Shakti' teams have been creating awareness about ill-effects of ragging and eve-teasing to students in universities and colleges.

Two days ago, a Shakti team led by in-charge ASI P Sumathi caught an eve-teaser Hussain red-handed near HDHR Degree College located on AIR bypass road when he was harassing a tenth-class girl student. After counselling, he was handed over to MR Palli police station.

All the Shakti teams are working under the supervision of command control in-charge CI Venkatappa. The CI is supervising the Shakti patrolling teams through the GPS tracking.

Speaking to The Hans India, ASI P Sumathi stated that they are closely monitoring the movements of suspects and taking them into custody once they found harassing girl students and women