Spandana receiving overwhelming from the public 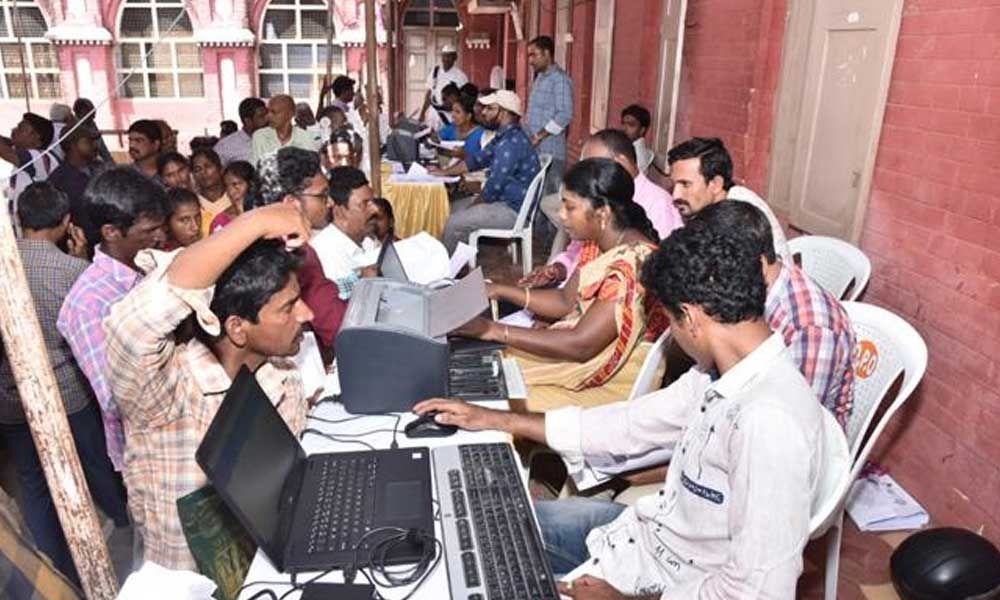 The Spandana a state government’s prestigious programme introduced from 1st July after YSR Congress came to the power receiving an overwhelming response from the public.

Kadapa: The Spandana a state government's prestigious programme introduced from 1st July after YSR Congress came to the power receiving an overwhelming response from the public. The aim of the concept is to find a speedy solution with hundred per cent result of the problem in an effective manner.

Suppose a student lost certificates or forcibly detained by the college authorities as she is needy to attend for interview, the problem immediately sorted out if he represented the matter to Spandana programme, justice to be done to the victim with immediate effect with the personal involvement of district collector into the issue.

"I have been round to the collector office for the last five years to secure the house site but in vain as the officials throw my representation into a dust bin. After the introduction of Spandana when I approached the administration for the same problem on 1st July, to my astonishment within a gap of 72 hours VRO came to our area and recommended my name for securing house site. Like me about 100 people in our colony got eligibility" said A. Karunamma Prakash Nagar area in Kadapa city told.

According to the officials on 1st July there was 1000 representation related to various issues were received against expected 500. To their surprise there was a steep increase like 1500, 2,000 in 2nd and 3rd weeks finally it was 2,500 on the conclusion of July month.

"Petitions are being divided into two methods one is financial and another non-financial. Non-financial petitions are proposed to solve within 72 hours of submitting representation. Financial related petitions like underground drainage etc were sent to the government for approval". said Collector CH Harikirn when contacted by Hans India. He said and added most of the petitions are for house sites and housing. As per the government directions, a village will be considered as a unit and 40 houses each with 1.50 cents are proposed to construct an acre of land.

"A comprehensive survey is going for noticing government land in every village to construct houses if land assign land is not available we will purchase private land after seeking permission from the government. As per the instructions of the chief collector to himself to monitor the status of petitions and directed to discuss the public opinion about Spandana as officials working most responsible for the success of the programme in the district" said Collector.