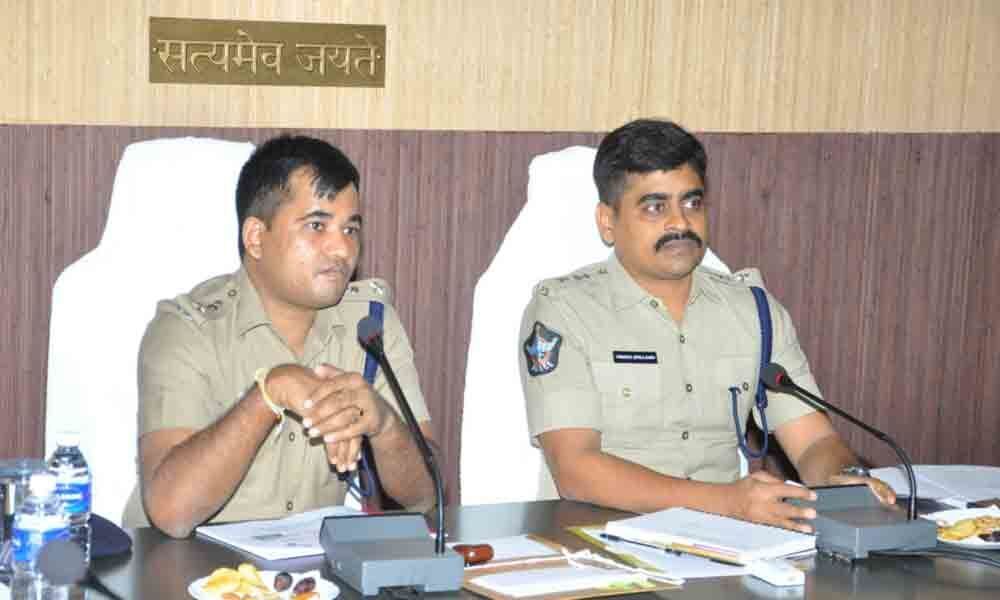 In view of election to be held for the Vellore Lok Sabha constituency in Tamil Nadu State on August 5, an Interstate Coordination Committee meeting held here on Wednesday, in which Chittoor SP Ch V Appala Naidu, Vellore SP Pravesh Kumar and other police officials took part.

Both SPs discussed on strategies to be adopted for conducting peaceful polling. The polling for Vellore Parliamentary constituency was cancelled in April this year after huge cash was recovered from the house of an associate of DMK leader. The DMK fielded Kathir Anand, son of DMK leader Durau Murugan against AC Shanmugam, chief of PNK, an alliance partner of the AIADMK.

Speaking on the occasion, the Vellore SP said that special forces should be kept ready at police stations bordering both districts. There are 11 police stations in Chittoor district and 8 in Vellore district on the boundaries of both districts. Special forces should be deployed with mutual agreement for preventing the unlawful activities, he stated and stressed on the need to keep a strict vigil on preventing smuggling of arrack.

Additional SP Krishnarjuna Rao and other police officials were present.