Stage set for counting of votes in Krishna 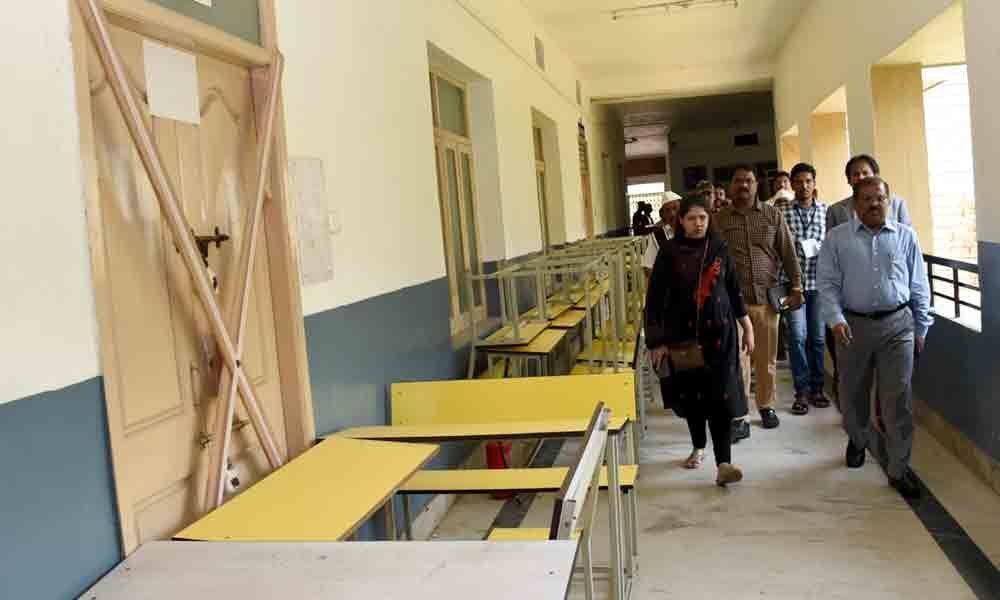 3,000 security personnel deployed to review security arrangements at the counting centres in Dhanekula Engineering College in Vijayawada city and Krishna University in Machilipatnam

Vijayawada: The Krishna district administration made elaborate arrangements for counting of votes at two counting centres, Dhanekula Engineering College in Vijayawada city and Krishna University in Machilipatnam on Thursday.