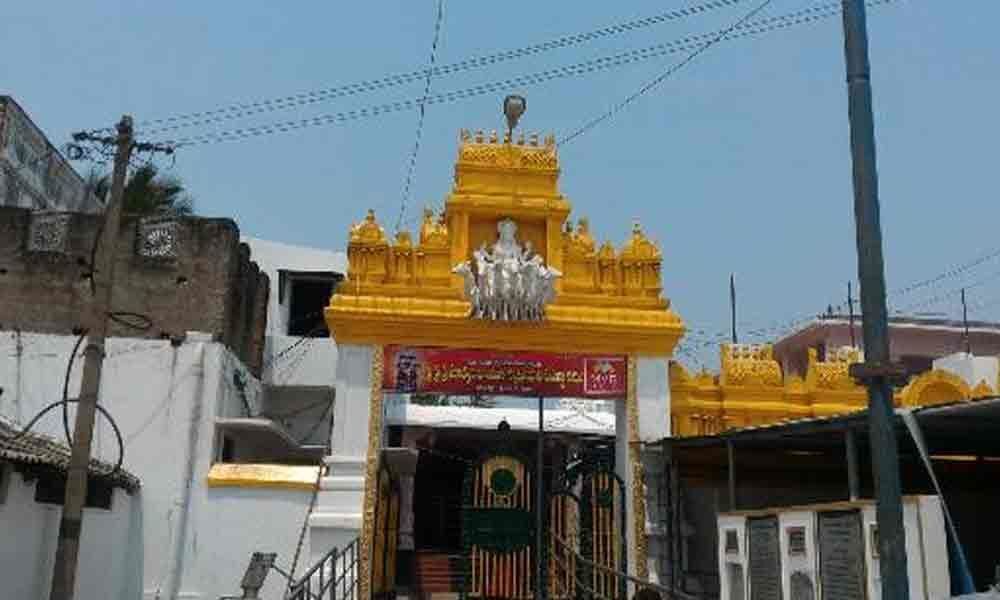 he annual income of Sun God temple located at Arasavalli in Srikakulam has been increasing for the past nine years.

Srikakulam: The annual income of Sun God temple located at Arasavalli in Srikakulam has been increasing for the past nine years. Every year devotee rush also has also been improving with frequent availability of transport facilities.

In 2018-19 financial year, Sun God temple revenue was reported as Rs 6.03 crore. According to temple Executive Officer (EO), R Pusphanadham the revenue sources of the temple are from sales of darsan tickets on all Sundays and auspicious days, from issuing of prasadam tokens and donations presented by the devotees.

``We are going to improve all facilities at the temple to provide hassle free darsan to the devotees,'' the EO explained. In the wake of summer, we are providing drinking water to the devotees at temple queue lines, he added. Widening works of roads around the temple had been initiated by the previous Collector, K.Dhanunjaya Reddy which would be executed soon to clear devotee and vehicle rush around the temple.