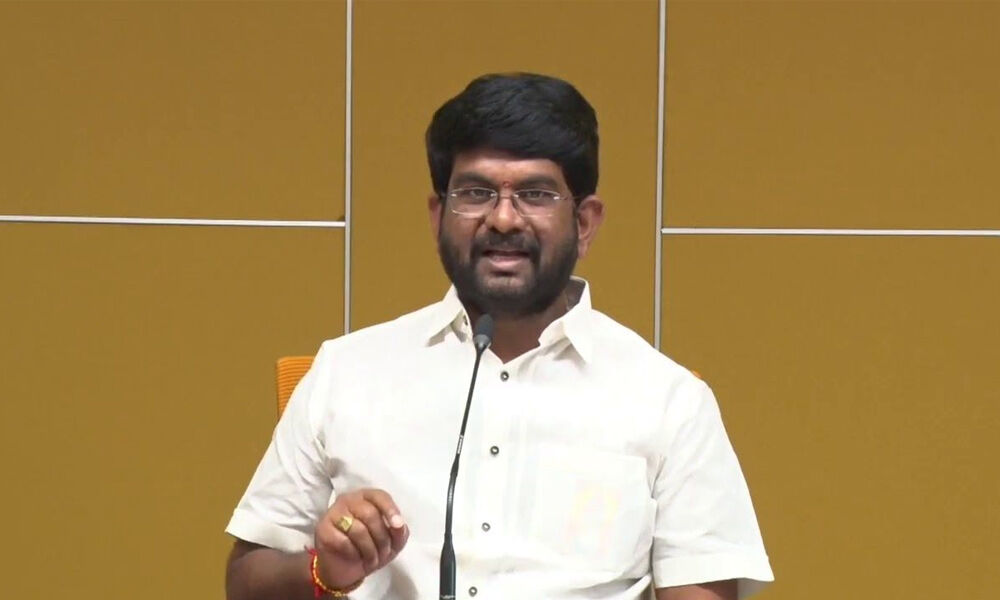 Mangalagiri: Telugu Desam Party (TDP) MLC Mantena Satyanarayana Raju on Tuesday dismissed the open letter written by YS Vijayamma as just a political gimmick to divert the public attention from the failure of the Jagan Mohan Reddy government to nab the criminals responsible for the YS Vivekananda Reddy's murder.

Satyanarayana Raju asked why Vijayamma was lowering her own dignity by trying to cover up the mistakes of her son and Chief Minister YS Jagan Mohan Reddy. Her latest letter was nothing but a desperate attempt to protect and cover up her son's sins in the past 22 months.

In a statement here, the TDP MLC suggested that she should demand explanations from the YSRCP government as to why it was safeguarding and protecting the accused persons in the Vivekananda'smurder. YS Sunitha Reddy has been going around and urging for justice to her father for the last two years.

Vijayamma did not care about that all these days. Now, she came in front of the public with the ulterior motive to safeguard the Chief Minister.

Satyanarayana asked as to how the Chief Minister's mother could target the media when it has written facts about the deliberate delay in giving justice to the Sunitha Reddy's family. It seemed the latest letter was aimed at bailing out Jagan from the political crisis brewing on the Vivekananda'smurder amidst the Tirupati by-election. Jagan should answer why he demanded the CBI probe in the beginning but now hampering the investigation at every stage.

The TDP leader said that Jagan had the dark history of deserting and leaving one sister in Hyderabad and another sister in Delhi where they were searching for justice. Vijayamma should rather demand why her son was doing a lot of injustice to her daughters.

It was a fact that the Chief Minister has obstructed the investigation by the Special Investigation Team (SIT) into the murder case initially.

Raju advised the Chief Minister's mother not to mislead the public for the sake of showering love and affection on her son. There would be no use of blaming others to cover troubles within her own family. All facts will come out if the CBI is allowed to do a fair probe.