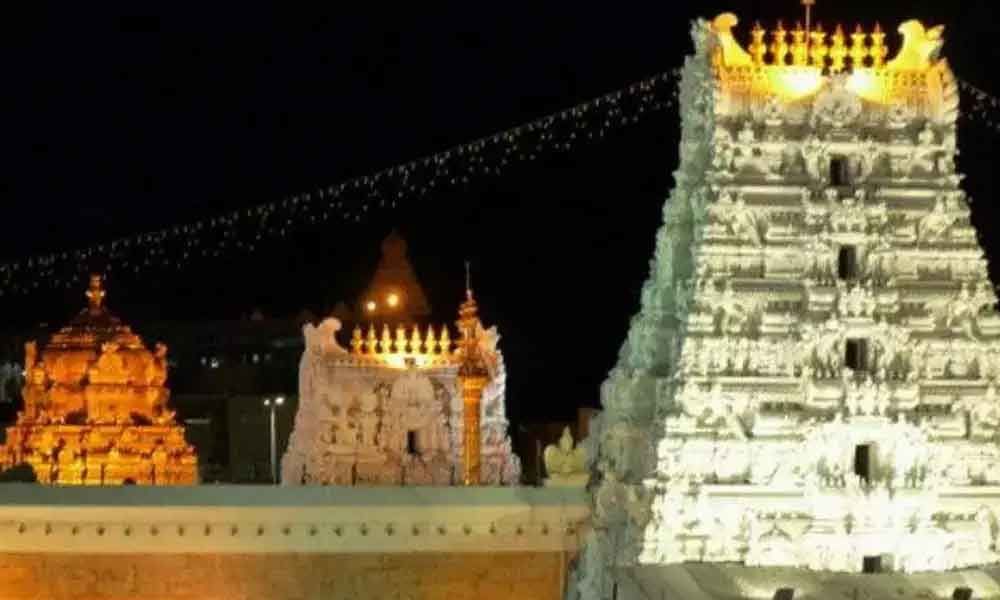 The 2000-year-old famed Tirumala temple will remain closed for darshan to pilgrims from Friday afternoon for a week, which is first time in the...

Tirupati: The 2000-year-old famed Tirumala temple will remain closed for darshan to pilgrims from Friday afternoon for a week, which is first time in the history of the most popular Hindu temple in the world.

According to available temple records, the shrine was remained closed for two days due to natural calamity in 1892.

But even during such time, the Archakas despite facing heavy odds entered the shrine through 'Jadi-vakili' in the main entrance to conduct Nithya Kainkaryams to the presiding deity that is the Moola Virat Lord Venkateswara.

Keeping in view the Covid-19, which had become a pandemic, the temple authorities have decided that the temple be closed for darshan from Friday noon, after allowing the pilgrims who had already purchased the darshan tickets.

The daily Kainkarayams like Dhoopa Deepa Naivaidyam to the presiding deity will continue. All reception counters, Kalyanakatta, Anna Prasadam Complex, Laddu Complex are set to close from 12 noon on Friday.

The TTD authorities took this decision following the fresh advisory given by the Centre. Another reason for the authorities to take such decision was detection of a pilgrim from Uttar Pradesh who was found to be corona suspect.

Officials said, Daya Shankar, 65 from Mirzapur in Uttar Pradesh, had come to Tirumala as part of a team of 110 pilgrims who visited Triveni Sagam at Allahabad, Kolkata, Puri Jagannath, and Srisailam before reaching Tirumala on March 18 and stayed in Madhava Nilayam.

He was suffering from chronic obstructive pulmonary disease (COPD) from the past two decades. He, along with his group, has now been kept in Isolation Ward for treatment.