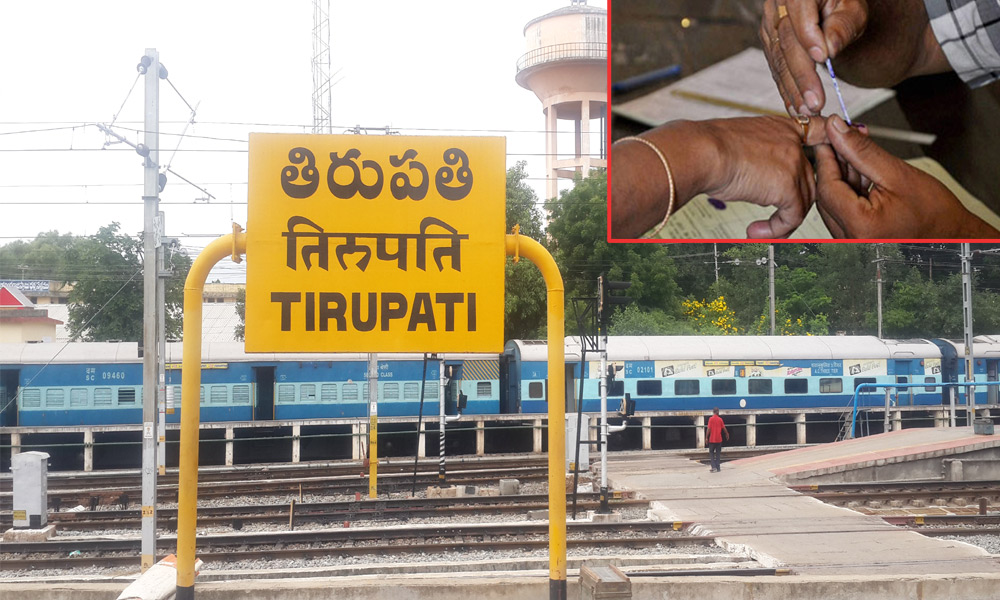 The nomination process for the Tirupati Lok Sabha by-election has ended and the election officials have announced the final list of contestants.

The nomination process for the Tirupati Lok Sabha by-election has ended and the election officials have announced the final list of contestants. Two independent candidates Gaddam Ankaiah and Kiran Kumar have withdrawn their nominations and there are 28 candidates in the fray.

However, a total of 34 nominations were filed for the Tirupati by-election. The number of nominations rose to 30 after the authorities rejected four of them. On the last day, two other candidates withdrew their nominations, leaving 28 candidates in the final.

Among them are Dr Gurumoorthy from the YSRCP, Panabaka Lakshmi from the Telugu Desam Party, Ratna Prabha as the BJP Jana Sena Party joint candidate, Yadagiri as the CPM candidate and Chinta Mohan from Congress candidate are in fray. With the release of the final list of candidates, the Election Commission has focused on the conduct of the elections.

Meanwhile, the by election for the Tirupati Parliament will be held on April 17 followed by counting of votes on May 2 and the election process ends on May 4. On the other hand, the parties are vigorously campaigning to win the seat, which has been lying vacant after the death of Balli Durga Prasad.