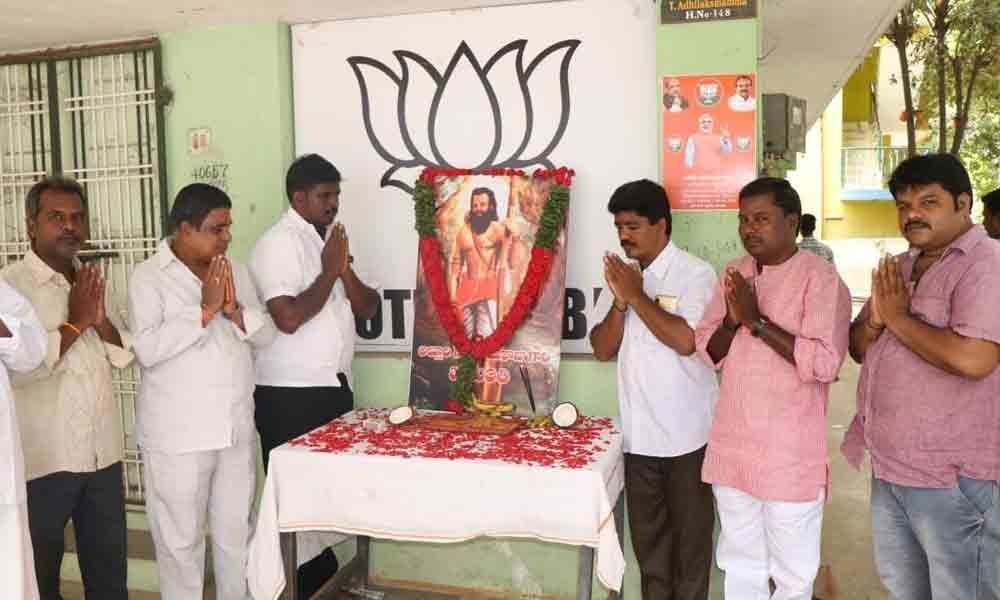 Tirupati: Rich tributes were paid to fearless revolutionary leader and freedom fighter Alluri Sitarama Raju on his birth anniversary here on Thursday. At a function held in AER Degree and PG College, former Speaker Agarala Eswar Reddi said that Alluri, who fought bravely against the tyrannical British Raj for independence and also for the forest rights of the tribal in Mannam area in which he laid his life remain an eternal source of inspiration to all Indians more so the youth.

Agarala wanted the youth to study the life of Alluri to get inspiration and work for nation. In BJP district office here, Alluri Jayanthi was observed. Party leaders including party state committee member Gundal Gopinath, district secretary P Bhaskar and others paid floral tribute to the portrait of Sitarama Raju and recalled his inspiring role in the freedom struggle.