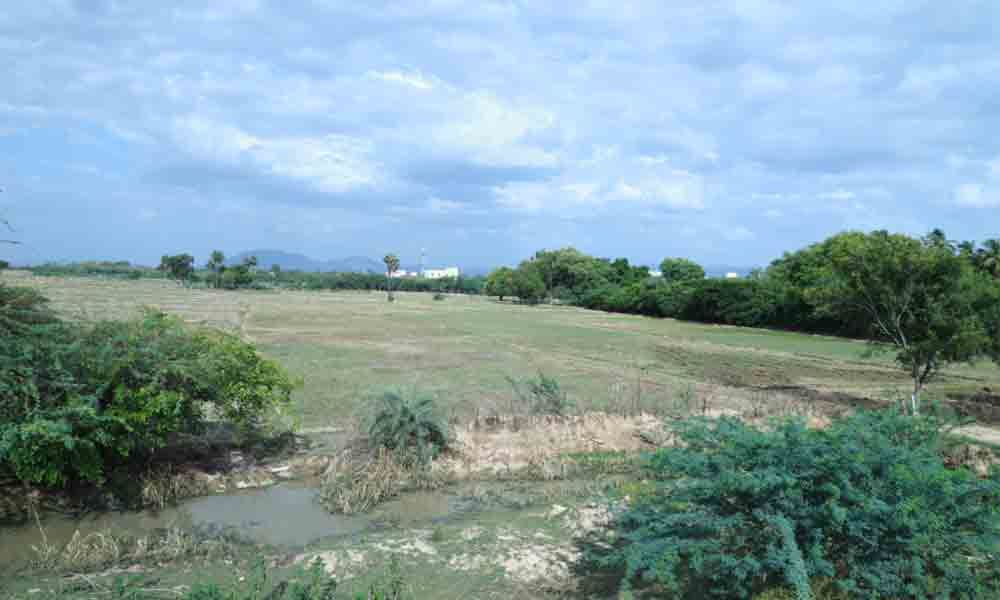 x
An open land at Settipalli village near Tirupati
Highlights

Tirupati: The Tirupati Urban Development Authority (TUDA) came up with a new proposal of developing 600 acres at Settipalli near here into residential layouts with all amenities like swimming pools, parks and walking tracks with the consent of farmers.

The large chunk of land was in dispute for more than 3 decades. Farmers, who are cultivating 600 acres at Settipalli say that they have rights over them. But the revenue officials are contradicting with the claims of farmers.

According to the Revenue department, considerable chuck of land in Settipalli falls under assigned or patta category.

The TUDA proposed to develop residential layouts in 600 acres and allot developed plots to farmers. In a recently held collectors conference, Chief Minister YS Jagan Mohan Reddy had instructed District Collector N Bharath Gupta to resolve the land issue of Settipalli farmers. A day ago, the Collector and TUDA Chairman Chevireddy Bhaskar Reddy have discussed on the issue with officials of the Revenue department.

The Collector and TUDA chairman have decided to settle the issue within 15 days. Bhaskar Reddy announced if farmers agree with the proposal then the TUDA will go ahead with the development of world residential layouts in Settipalli lands.

A year ago, the previous TD government had proposed to develop an economic city in Settipalli by establishing financial institutions so that employment is generated. But the proposal was on paper only as dispute over land rights was not resolved.

The Collector stated that a special officer will be appointed soon to resolve the Settipalli land issue amicably with the cooperation of farmers concerned. Farmers can approach the special officer at TUDA office.