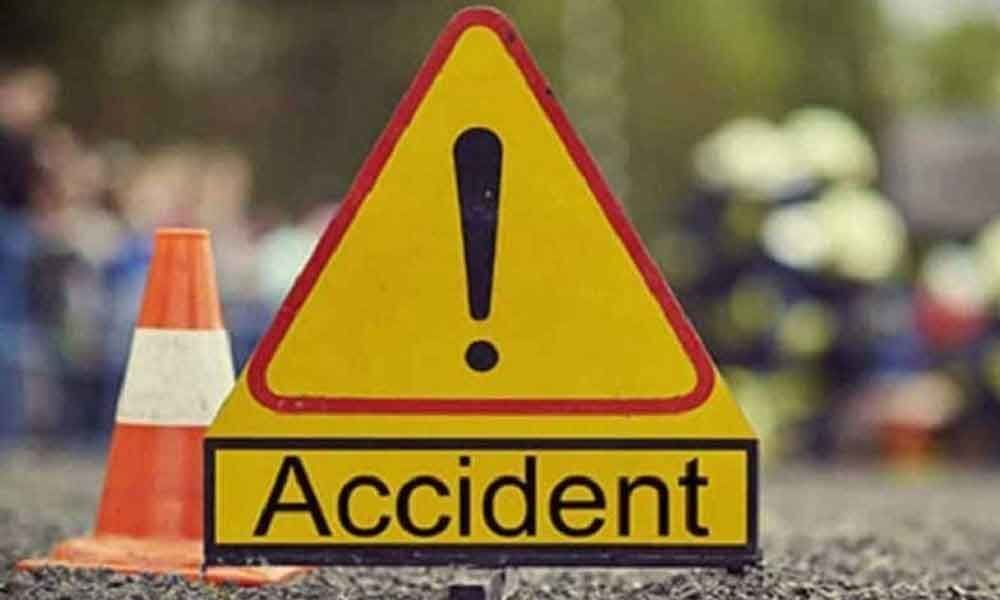 In a tragic incident two died in a road accident near Mukthapuram village at Kanaganapalle mandal in Anantapur district.

Anantapur: In a tragic incident two died in a road accident near Mukthapuram village at Kanaganapalle mandal in Anantapur district.

Going into details, in a head-on collision of the vehicles, where two people have died on the spot.

The deceased were identified as driver Pulla Reddy a native of Bandlapalli village at Peddapappuru mandal here in the district, and Hemant Kumar who is lorry cleaner belongs to Karnataka have lost their lives.

In the incident few more were seriously injured, All the injured were immediately rushed to the local hospital for the treatment.

Over the information, the police have reached the spot, booked the case and investigating further.