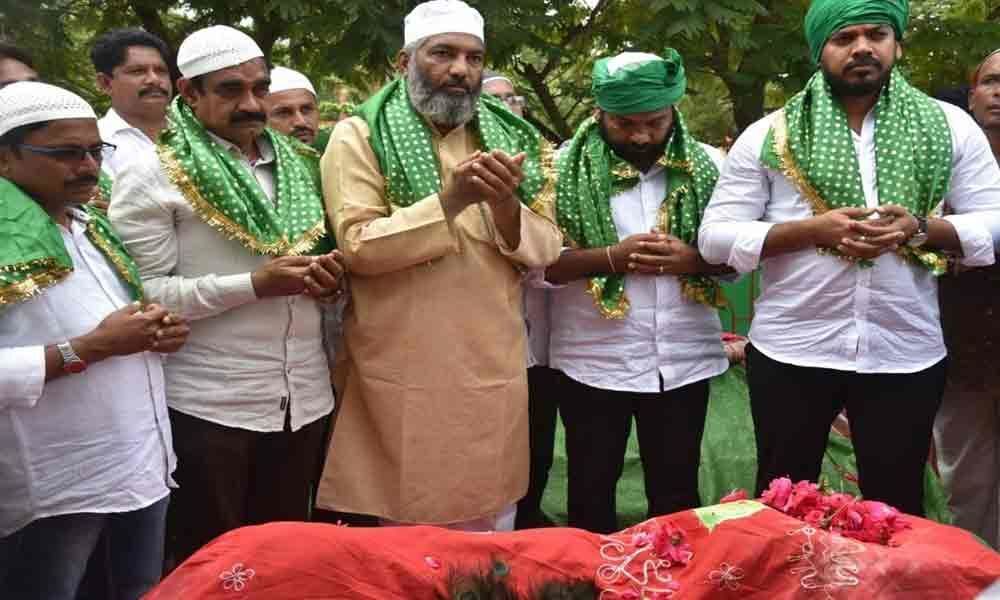 Irrigation Minister Dr P Anil Kumar Yadav said that the ACSR vegetable market in the city would be modernised soon and it will become a role model in the State.

Nellore: Irrigation Minister Dr P Anil Kumar Yadav said that the ACSR vegetable market in the city would be modernised soon and it will become a role model in the State. He visited the market on Thursday along with officials and interacted with vendors and consumers about the problems being faced by them in the market.

The Minister directed the officials to maintain sanitation in the vegetable markets. Interacting with the media, Anil Kumar said that the vegetable market in the city is in dilapidated condition and hence they had decided to modernise it with an advanced technology keeping in view of increasing traffic woes for the consumers.

He stated that the works would begin after discussing with officials concerned. He explained that measures would be taken for providing amenities for the vendors and the consumers.

Further, the Minister visited Burma Shell Gunta and Bodigadithota areas and interacted with local people on their difficulties while inspecting the sanitation conditions in the colonies.

Later, the Minister visited Barashaheed Dargah and said would take measures for smooth conduct of Roti festival. He offered prayers at the Dargah and asked the officials to complete works through tendering method rather giving on nomination which gives scope for irregularities.

Anil inspected the ghat, works of toilets, and hall for the devotees. He asked the officials to ensure quality and hygiene in the hotels run and good sanitation at the time of festival. He said they would invite Chief Minister YS Jagan Mohan Reddy for witnessing the festival.