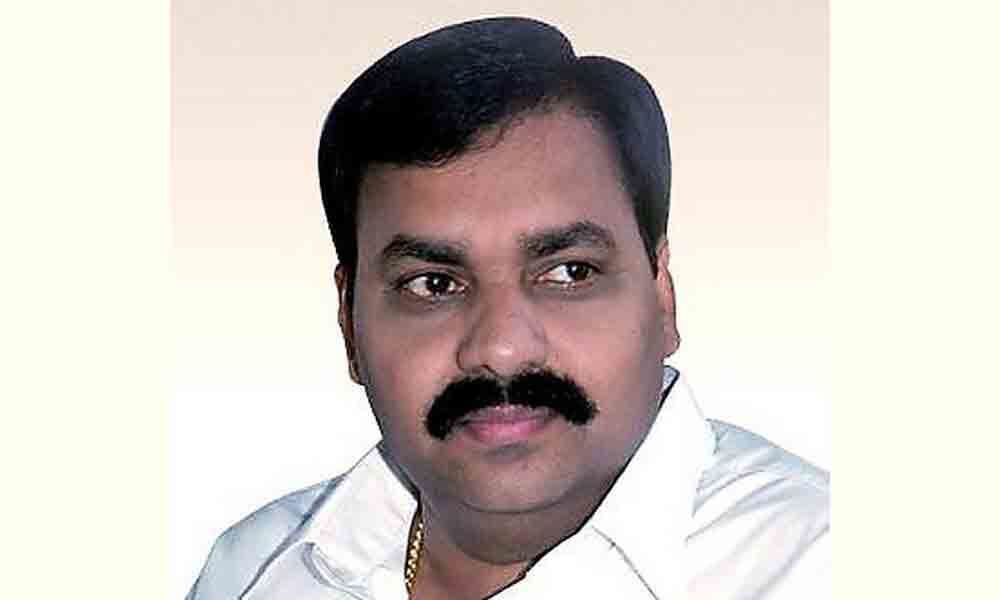 YSRCP District Convener and Sarvepalli legislator Kakani Govardhan Reddy said that they would review progress of all projects in the district and take a decision on continuing them.

Nellore: YSRCP District Convener and Sarvepalli legislator Kakani Govardhan Reddy said that they would review progress of all projects in the district and take a decision on continuing them. He also said construction of Degapudi-Bandepalli canal has been under scanner and continue the works soon after the review process.

Interacting with media at the YSRCP district office in the city on Monday, Govardhan Reddy said that the tendering process of Degapudi-Bandepudi canal was appropriate as the contractor filed tenders at 12 per cent less.

Retendering for works of the canal will be taken based on decision of Chief Minister YS Jagan Mohan Reddy. He said that it was financial burden of Rs 90,000 crore at the time of bifurcation and it augmented to Rs 2.5 lakh crore when additional loans added.

He also said that it is a record in the history of the district as the YSRCP had bagged all ten constituencies and two Lok Sabha seats. He thanked Chief Minister Jagan Mohan Reddy, who believed him and continued as district convener. He said they coordinate with the two young ministers and strive hard for development of the district.

He also warned that they won't leave anyone, who involved in illegal mining of silica, sand and other activities.

Govardhan Reddy also said that nobody in the district is unhappy with the allocation of berths in the cabinet and assured that concerted efforts would be continued as usual. MLA explained that Chief Minister YS Jagan Mohan Reddy would implement Navaratnalu to all without party barriers.

"We requested the voters in 2019 elections for a chance and we are expecting votes in 2024 polls on basis of performance after achieving all promises. We all strive hard to serve the people for their fullest confidence," said Govardhan Reddy.