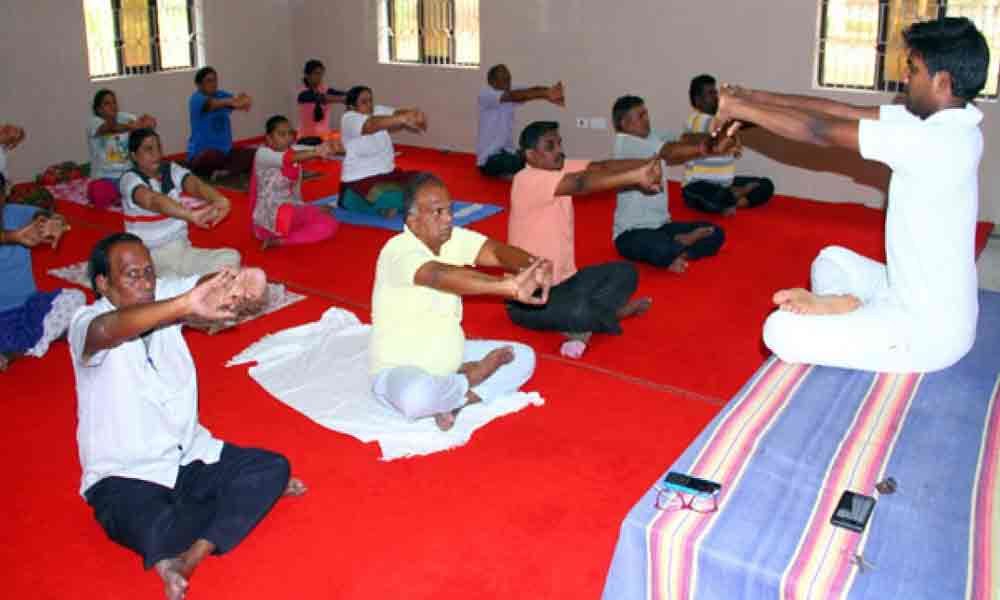 One of the most ancient Indian disciplines Yoga has become a buzzword during the last decade with the awareness on it has been skyrocketing.

Tirupati: One of the most ancient Indian disciplines Yoga has become a buzzword during the last decade with the awareness on it has been skyrocketing. Seeing the response to the International Day of Yoga being observed on June 21 every year, it can be said that it has grown up to the level of an industry, observed a Yoga teacher.

The Secretary of Yoga Association of Chittoor District (YACD) S Sreenivasulu Naidu said that yoga provides relief from stress with no side effects and people started realising this. Without spending thousands of rupees on medication by visiting hospitals, they have been trying to keep good health and fitness by practising Yoga.

With the growing trend, naturally demand for yoga teachers has also gone up. With the introduction of various diploma, certificate and PG courses in Yoga, several qualified persons have been entering the field to find their potential livelihood. From hardly 20-30 masters till a few years back, the trainers number has crossed 1000 in the district, Srinivasulu said.

The district has a minimum of 500 yoga centres now and more people are opening centres to earn their livelihood. People were happily spending between Rs.500 to 2000 per head to learn yoga from potential teachers. Some families have employed trainers who go to their homes and train the members of that family.

For this, they will get a minimum of Rs.6000 to 12000 depending on the number of family members. Some trainers have been charging even more in the name of special therapies. This trend can be found both in urban and rural areas.

Several corporate and IT companies have made it mandatory to practise yoga and the employees have been advising their family members to practise it, said a homemaker K Radhika who was practising yoga for the last three years.

Yoga trainers have demand from Gyms and beauty parlours as the managements have been employing them to train their customers. Significantly, along with yoga there was a huge spike in demand for yoga mats, organic food like millets, Ragi malt and other such things as people were becoming more health conscious these days.