Youth advised not to fall prey to drugs 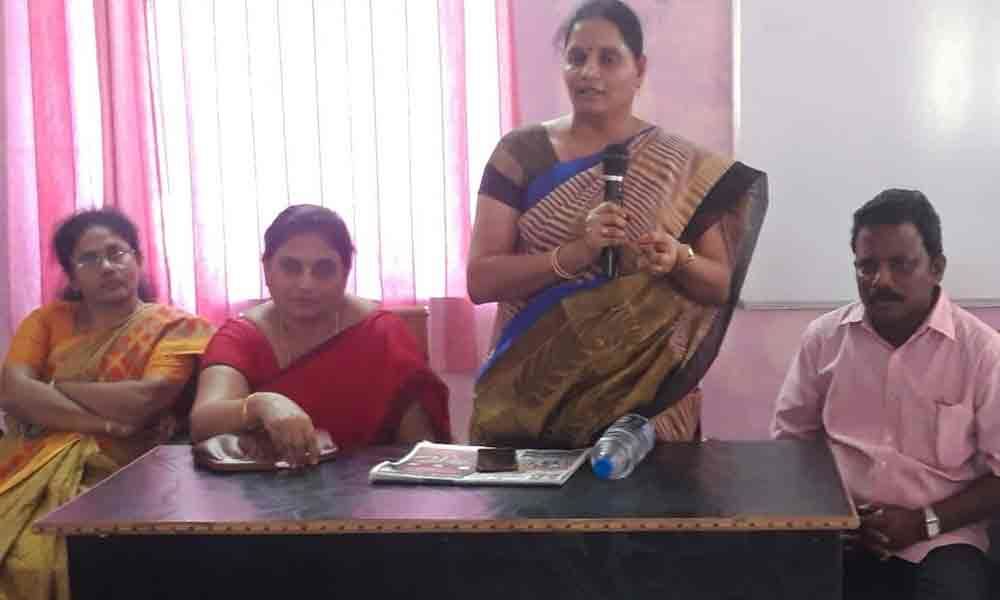 x
Youth advised not to fall prey to drugs
Highlights

The youth should not lose their valuable life by becoming slaves to drugs, advised the first additional junior civil judge V Pallavi.

Ongole: The youth should not lose their valuable life by becoming slaves to drugs, advised the first additional junior civil judge V Pallavi. She participated in the awareness programme held on the effects of drugs usage and the acts prohibiting their sale at the Velugu Training Centre by the District Legal Services Authority (DLSA) on Sunday.

The judge said that people using drugs will face discrimination in the society along with suffering from various morbid diseases including cancer. She advised them to not ruin their beautiful future by falling prey to drugs and suggested them to put a goal to build an all equal society and work for achieving it.

The HELP programme officer, paralegal volunteer BV Sagar said that they feel thrilled in using the drugs at first, but it will enslave them and creates a situation to kill them to escape from slavery. He said that the people addicted to them will commit thefts, attacks on family members for money to buy the drugs and get disowned by all near and dear.

He said that the drug peddlers will be arrested and prosecuted by the police and courts and will receive imprisonment for their crime and helping innocent people to get used to drugs.