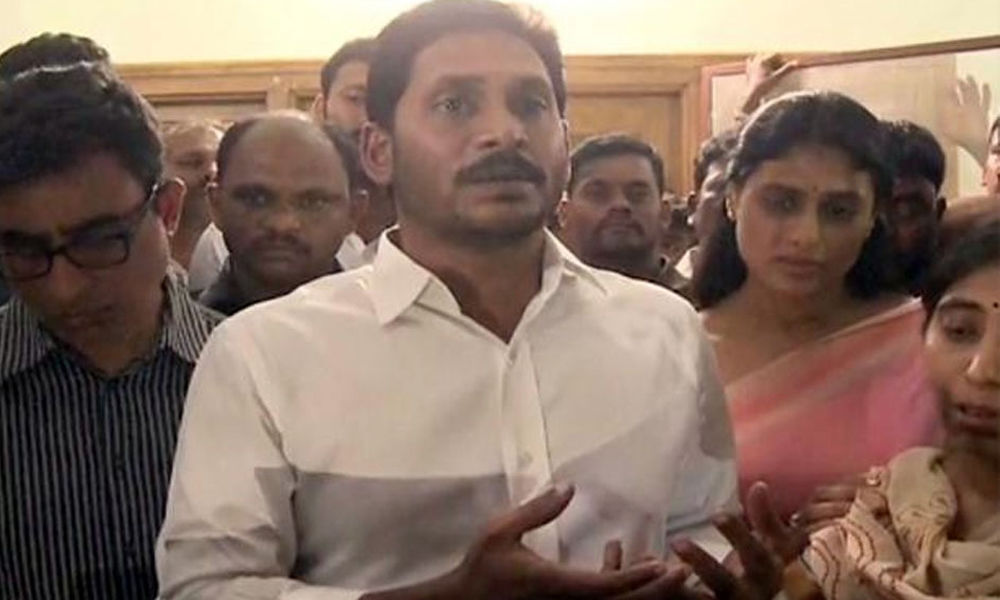 "When my grandfather YS Raja Reddy was murdered TDP was in power when there was an attempt on my life at Vizag airport, TDP was in power and when this murder happened, TDP was again in power. Two days before the helicopter crash in which my father Dr YS Rajasekhara Reddy died, Chandrababu Naidu told the assembly that you (YSR) will not return," he said after paying tributes to YS Vivekananda Reddy on Friday.

Substantiating his stance he said, "On all the occasions there was a conspiracy and the details could come out fully only when an independent agency is investigating. The ongoing investigation has been shoddy. The police is trying to divert the attention with wrong leads and fabricated evidence which they have done when there was an attack on me at the airport."

YSRCP leader Vijay Sai Reddy echoed similar sentiments and told ANI, "Chandrababu Naidu is a person who believes in murder politics. We believe even today that Naidu, his son and Adinarayana Reddy are involved in this murder; we demand an impartial inquiry by the CBI."

YS Vivekananda Reddy was found dead at his residence on Friday morning. He is survived by his wife and a daughter. Reddy was elected as an MLA from Pulivendula constituency in 1989 and 1994. He became a Member of Parliament from Kadapa Lok Sabha seat in 1999 and 2004. In 2009, he was elected as MLC.