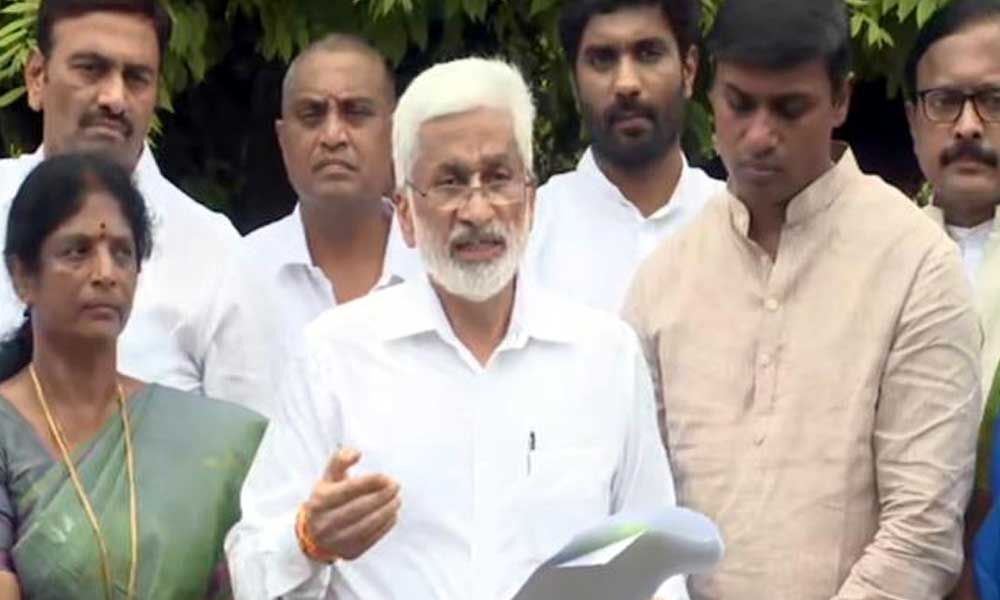 The YSRCP Parliamentary Party leader V Vijayasai Reddy has expressed disappointment over Union budget 2019 which was presented by Central Finance Minister Nirmala Sitharaman in the Parliament on Friday (5 July).

Speaking to media outside the Parliament, MP Vijayasai Raddy said there is no mention regarding the AP special status in the budget. He also said that there is nothing about the AP bifurcation act issues in the Ministers speech.

He expressed upset that AP has been ignored in the budget. There is nothing beneficial to AP with the Union budget 2019.

On the occasion, Vijayasai Reddy said there is no clarity over the fund's allocation to AP in the budget.

He said that the state government had expected a lot in this budget, even the central government has also assured to extend their help to the state.

He alleged that the central government had not kept its promises. There is no much mention of funds over the Polavaram project and Amaravati capital city.

The YSRCP MP has clarified that they are ready for any fight to safeguard the interest of AP and will question the injustice that happened to the state the Parliament.

Injustice over the fund's allocation to Vijayawada Visakha metro train

There is no clarity on the fund's allocation to state in Bharatmala, Sagarmala Programme.

It's a welcoming decision to give an overdraft of Rs 5,000 to DWCRA women under Self Employment Schemes.

There is no clarity on zero budget farming.

There is no significant implementation of the Swachh Bharat.