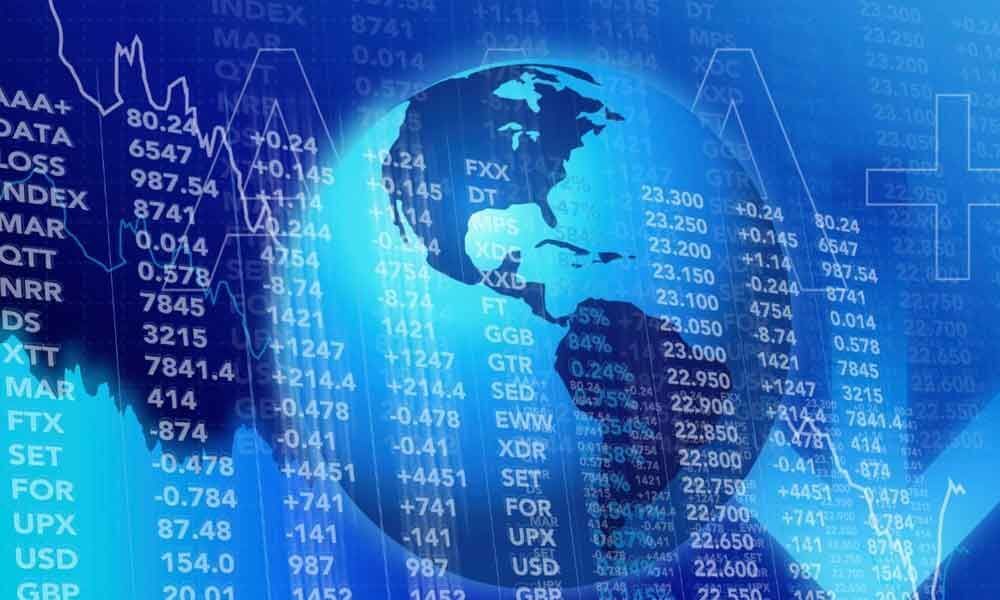 Asian shares drifted off in sleepy trade on Friday, while the dollar held around two-year highs on speculation that figures later in the day will show the U.S. economy outperforming the rest of the developed world.

SYDNEY:Asian shares drifted off in sleepy trade on Friday, while the dollar held around two-year highs on speculation that figures later in the day will show the U.S. economy outperforming the rest of the developed world.

The euro was off 1 percent for the week at $1.1133 as euro zone economic figures continued to disappoint.

Against a basket of currencies, the dollar was 0.8 percent firmer for the week so far at 98.145 having touched its highest since May 2017.

"The dollar will remain bid in this environment while data continues to look more favorable from the U.S., especially with regard to the EU," said Nick Twidale, head of operations at broker Rakuten Securities.

"Tonight's U.S. GDP print could be crucial from a technical point of view. If we see a good number it will probably see the euro targeting the key psychological level of $1.1000."

The yen proved an outlier by gaining as speculators cut short positions ahead of holidays which will see most Japanese markets shut for six whole trading days.

The exceptionally long break has investors concerned there could be another "flash crash" like the one in early January that drove the yen massively higher in a matter of minutes.

The dollar was flat at 111.61 yen, after shedding 0.5 percent overnight, but was buoyed elsewhere by a solid report on U.S. durable goods orders.

The rise in the yen and soft Japanese industrial data nudged the Nikkei down 0.7 percent, while China blue chips <.CSI300) eased 0.8 percent.

The mood might lighten later should data on U.S. gross domestic product (GDP) prove as upbeat as some now expect.

A string of solid numbers has led analysts to revise up their forecasts for growth and the latest median polled by Reuters is for an annualized 2.0 percent.

The closely-watched estimate of GDP from the Atlanta Federal Reserve is projecting an outcome of 2.7 percent, a huge turnaround from a few weeks ago when it was at 0.5 percent.

Yet the rebound has not been mirrored in inflation, which remains subdued across much of the developed world, prompting a host of central banks to turn dovish.

Just this week central banks in Sweden and Canada have backed off plans to tighten, while the Bank of Japan tried to dispel doubts about its accommodative stance by pledging to keep rates at super-low levels for at least one more year.

The Federal Reserve holds a policy meeting next week and is expected to reaffirm its patient stance. A Reuters poll of analysts out Thursday found most believed the Fed was done with tightening altogether.

Amazon.com Inc shares firmed after the market closed as the company reported a first-quarter profit that topped estimates.

Shares of Facebook Inc and Microsoft Corp both jumped on their results, but Intel Corp fell sharply after downgrading revenue forecasts.

Brent crude ran into profit-taking after hitting $75 per barrel on Thursday for the first time in nearly six months following the suspension of some Russian crude exports to Europe. [O/R]