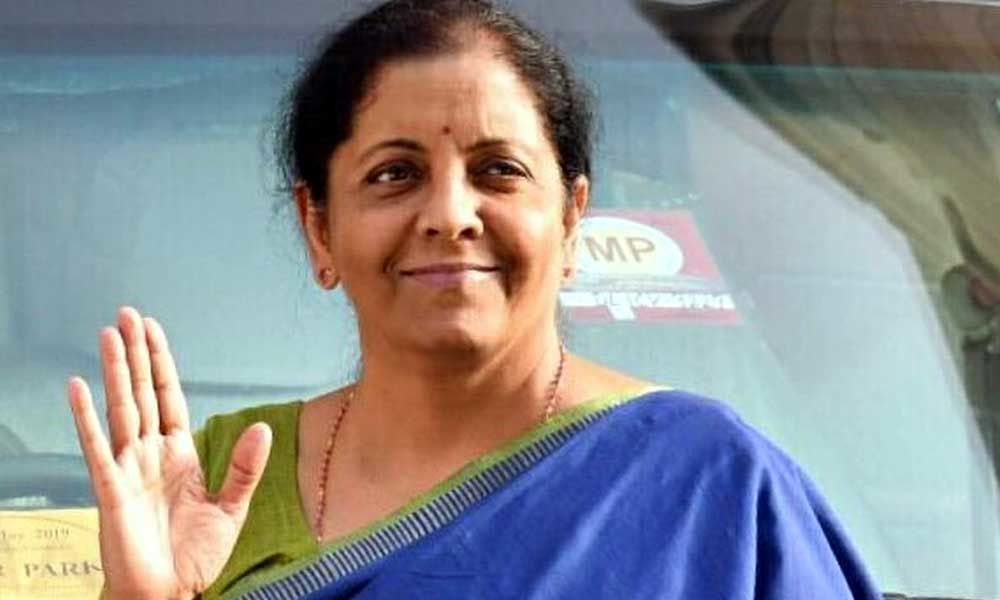 Satta bazar is ripe with speculation about in which direction the budget will go. As Sam Brownback says, "budgets are a matter of priority and prioritizing." Naturally, all are anxious where the 'priority' lies. Is it going to be on infrastructure or on strengthening the rural economy vis a vis agriculture or education or happier news for SME sector along with manufacturing or incentivising 'Make in India' for the defence sector and on? The 'wish tail' will be longer than that of 'Lord Hanuman's' as there will be no end to it.

The FM certainly has her hands full this time when the country's economy needs a definite direction for the necessary momentum. The situation can only be compared or come second to what Dr Manmohan Singh faced in the 90s' when the country was almost on the verge of 'economic collapse.' Though the situation is not that bad, the NaMo government certainly faces trials and its tribulations as the whole world is watching with the opposition waiting to slay it.

Modi's seriousness was more visible as he held meeting with industry captains and asked for their valuable suggestions to incorporate those in the budget. Given the seriousness of PM's action, the industry czars also reacted positively and laid down their ideas.

With the current unemployment rate remaining highest in the last 45 years it is for sure that among other things employment generation will be at the top of the list for the government. And here only the key lies for prioritising or how Sitharaman is going to set her priority. With a large section of the employed population remaining in 'employment poverty' trap and private sector capacity utilisation remaining at 70%, there is no other alternative left for the government of the day.

Consumption which has slumped has to get the necessary fillip and for that rural consumption has to increase. All-round rural developmental activities through different kinds of projects to quick disbursal of MNREGA funds to the accounts have to be taken up seriously. There is a possibility that agricultural sustaining projects like irrigation, cold storage and food processing will get top priority as experts are suggesting in this direction for a long time.

Similarly, the MSME sector stands a chance to get a big-ticket reform and incentive, as this is one of the biggest employment generators. Here the government might have considered this time to boost the manufacturing of electronics products like computer accessories. To cite an example the PM listened very patiently to the suggestion that India has the potential to become the global hub of mobile manufacturing. Just before NaMo's 2014 victory writing for The Indian Express, S Gurumurthy, the RSS think tank had dispelled a belief that oil was India's number one import rather it was electronics products. This remains a big headache for the country's manufacturing sector.

Infrastructure remains a top priority for the country at this moment. This time lets us be prepared for big-time reform in this sector to bring in more funds through PPP mode. However, caution must be applied in going overboard. The old projects, which are yet to see completion need to be completed in time. Needless to say to avoid project price escalation, which is one of the stumbling factors in infra development.

The Make in India, PM's dream project, needs further protein to become more muscular. There have been success stories in the defence sector but this must percolate to other areas or industries. Here, naturally, a thought comes to mind about the start-ups. India remains one of the leaders of this, but it has got miles to go. Because entrepreneurship and skilling are two need to go side by side. 'Skill India' is surely a very imaginative development with a promising future but is yet to deliver the desired results.

Finally, the FM Sitharaman should be worried about the fiscal deficit but the lines on her forehead should not be too visible, which means, this is time to take tough action. It must give rise to consumerism that gives more to consumers and at the same time cut the personal income tax. Asset monetisation seems another attractive plan as being planned in case of BSNL.