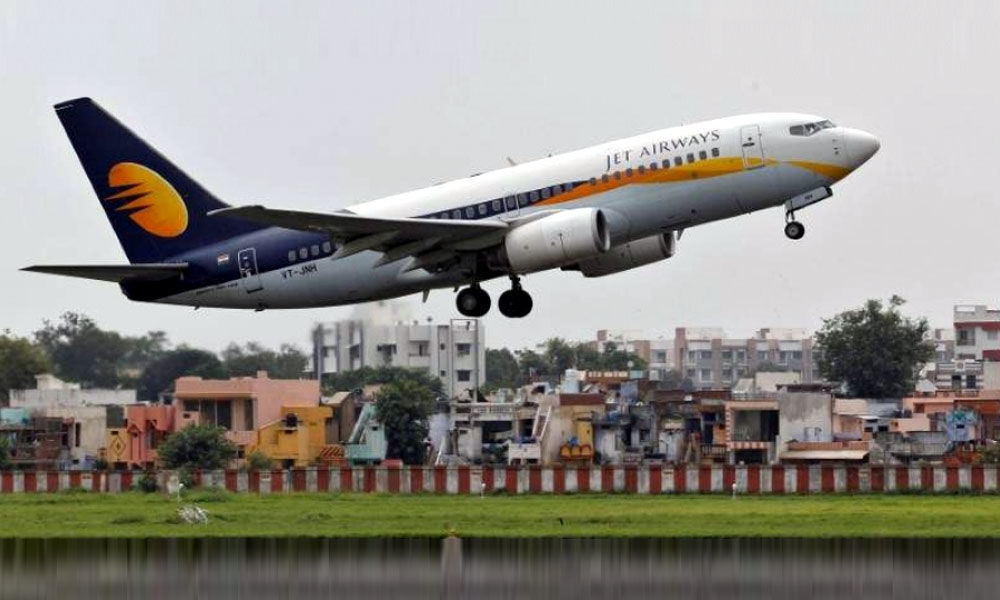 The cash-strapped airline, which has been operating for over 25 years, is looking to restructure its debt, estimated to be more than Rs 8,000 crore, as well as raise fresh funds.

NEW DELHI: As Jet Airways battles acute financial woes, a senior government official Monday said a "good outcome" from the negotiations between the creditors and the company would be better than moving for proceedings under the insolvency law.

"I think creditors and the debtor are in discussion. That is the best process," Corporate Affairs Secretary Injeti Srinivas said.

He was responding to a query on whether Jet Airways is a fit case to be referred under the Insolvency and Bankruptcy Code (IBC).

"If there is a good outcome from the negotiations between the creditors and the corporate debtor, then that is better than dragging into insolvency. But if that (insolvency) is only option left at that stage, then bankers will take a call," he noted.

The cash-strapped airline, which has been operating for over 25 years, is looking to restructure its debt, estimated to be more than Rs 8,000 crore, as well as raise fresh funds.

Lenders of the crisis-hit Jet Airways are likely to acquire a substantial stake in the carrier till a new promoter is roped in, sources said last week.

Noting that the IBC is the last resort, Srinivas said that if there is inherent capacity for a company to bounce back, then it is best for members of the company and the creditors to try and see how it can be resolved.

"If there is no agreement between the creditors and shareholders, then you will have to look at other possibilities, including that of the IBC," he said.

He was replying to a query regarding Jet Airways on the sidelines of a conference organised by industry body CII.

In afternoon trade, shares of Jet Airways rose nearly three per cent to Rs 232.35 on the BSE.