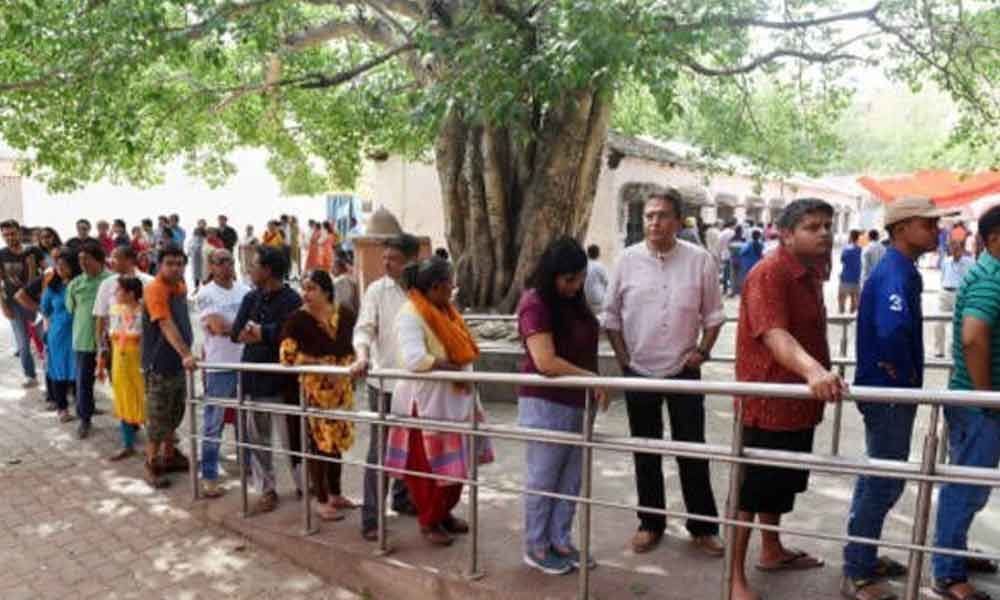 New Delhi: Majority of India Inc on Monday chose not to react to exit polls, giving a second term to Prime Minister Narendra Modi as they await elections results on May 23.

When reached out, major industry chambers Ficci, CII and Assocham declined to comment on the exit polls.

Responding to a tweet by Chief Economist of Mahindra Group Sachchidanand Shukla on what to look forward to this week, group chairman Anand Mahindra said, "This week will have only one 'Thing' we'll all be looking out for!" hinting at the May 23 results.

Apart from the election results, Shukla had listed US Fed's policy meeting on May 22-23, European Parliament Elections on May 23-26 and PMI (Purchasing Managers' Index) numbers for Japan, the US and Eurozone, among the global events to watch out for.

Reacting to the exit polls, industry body Phdcci president Rajeev Talwar said, "All of us in India must respect the mandate of the voter.

If they deem it fit to give a second term to Prime Minister Narendra Modi, then it is much better than any opinion of anyone else".

The Indian voter has changed regimes whenever they have felt appropriate.

They have also given a repeated term in their own wisdom. Therefore, probably if Modi gets a second term, it is best for the Indian economy, India's prestige and a peaceful Indian society, he said.

"As an industry representative I believe there are a number of reforms which have happened and ones which need to take place.

This is a decisive government and the reforms must continue, (if) we are to become a $7 trillion economy in the next five years," Talwar said.

RPG Enterprises chairman Harsh Goenka, who is known for his witty and humourous tweets, said that now one thing is sure, "the next PM's initial starts with 'N'!".

He also shared a joke from Whatsapp, "Based on #Exitpolls there will be a STABLE government and no HORSE trading necessary. No wonder, PM's residence is on RACE COURSE Road."

Brokerage Edelweiss Securities said if the NDA returns to power with a clear majority in line with exit polls, markets would rejoice the policy continuity.

"Besides, NDA is seen to be relatively more fiscally disciplined and less populist in nature, which should augur well for inflationary dynamics," it said.