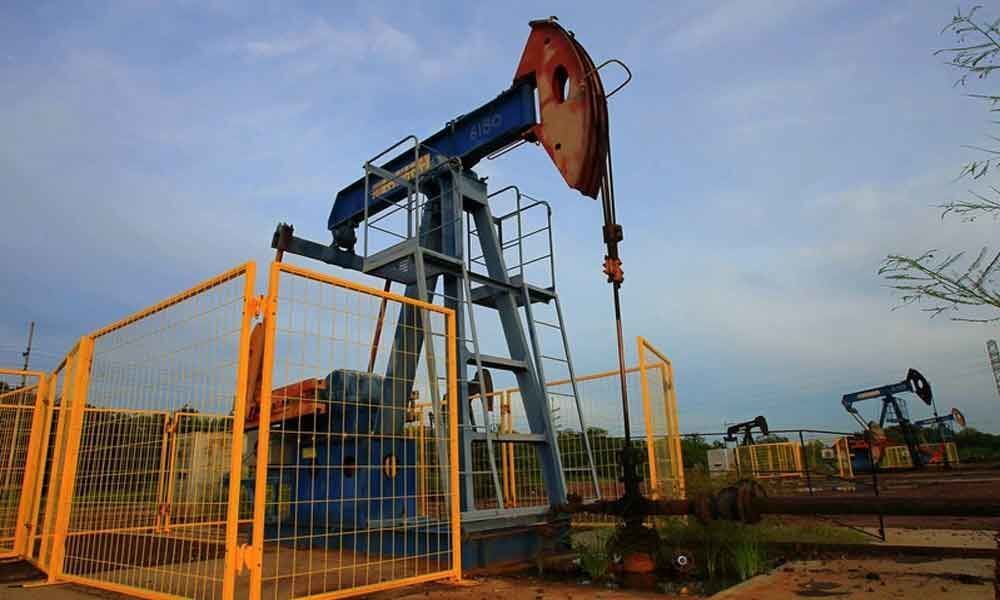 Oil prices fell on Thursday, pulled down by record U.S. crude production that led to a surge in stockpiles.

SINGAPORE:Oil prices fell on Thursday, pulled down by record U.S. crude production that led to a surge in stockpiles.

Outside the United States, however, oil markets remained tense as exemptions to U.S. sanctions on Iran expired, a political crisis in Venezuela escalates, and as producer club OPEC keeps withholding supply.

"Crude oil prices fell sharply as stockpiles in the U.S. rose to their highest level since 2017," ANZ bank said on Thursday.

"This comes as U.S. refineries head into the spring maintenance period, stoking fears that crude oil demand will be soft and stockpiles will continue to rise," it added.

Outside the United States, however, oil markets remained tight amid the political crisis in Venezuela, tighter U.S. sanctions against Iran that allow no more exemptions from May, and as the Organization of the Petroleum Exporting Countries (OPEC) continues to withhold supply in order to prop up prices.

Oman's energy minister Mohammed bin Hamad al-Rumhy said on Wednesday it was OPEC's goal to extend the cuts, which were started in January, when they next meet in June.

Despite the desire of many OPEC members to keep withholding supply to prop up the market, the group may be forced into action.

"The Venezuelan situation will likely loom large in OPEC deliberations as ministers weigh how many additional barrels may be needed to fill an expanding supply gap that is being driven by geopolitics as opposed to geology," Canadian bank RBC Capital Markets said.

Beyond Venezuela, analysts at Fitch Solutions also warned of risks to supply from Libya, where a civil war is threatening to cut oil fields off from markets.

The risks here are not inconsiderable, in light of rising instability in a number of key producers, notably Libya and Venezuela," Fitch Solutions said.

"We have surveyed the 50 largest listed oil and gas companies globally... Based on 2018 annual reports we estimate that the global marginal cost of oil remained stable at $71 per barrel," Bernstein said in a note on Thursday.

"This is on line with current spot prices but higher than the long-term oil forward strip price of $61 per barrel," the note said.

"With oil prices rising more than costs, industry margins increased by more than 200 percent in 2018," Bernstein said, resulting in industry profitability "at the highest in the last 5 years."