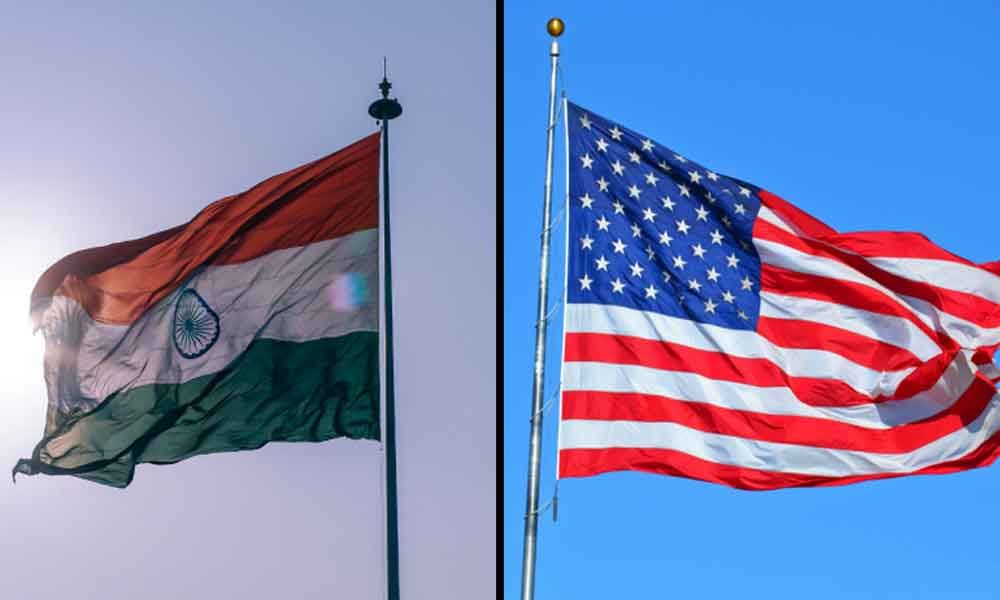 It is a time to talk about the trade relations between the US and China at least on the day when the US President Donald Trump will start his...

It is a time to talk about the trade relations between the US and China at least on the day when the US President Donald Trump will start his two-day-long visit to India.

A Commerce Ministry data suggests that the United States has surpassed China to become India's top trading partner. According to the data, the bilateral trade between the US and India stood at nearly 88 billion dollars in 2018-19 fiscal. During the period, India's trade with China was at 87.1 billion dollars.

Similarly, during April-December 2019-20, the bilateral trade between the US and India stood at 68 billion dollars against a nearly 65 billion dollars trade with China in the same period.

The US is India's largest trading partner in terms of exports - accounting for 15.9% of total exports from India in FY19.

The US is the 2nd largest trading partner in terms of imports - 6.9% of total imports to India.

The volume of trade with the US has been very high in 2018-19 at $ 88.1 billion from $ 74.5 billion in the previous year which indicates a very significant trade relationship.

Exports to the USA in the first 9 months during FY20 grew by 3.7% while imports from the US grew by 2.5%. Trade surplus at $12.7 billion during this period has been 6.9% higher than the corresponding period year ago.

At the same time, India's export and import growth to the world during April-December, 2019 has contracted by 2.1% and 7.7% respectively.

This shows that trade between the US and India has been positive during the first 9 months of FY20 even when the overall trade has seen de-growth.

Goods exported to the US from India

Total exports of these commodities during April-December, 2019 have aggregated $ 35.3 billion, 3.2% higher than the corresponding period year ago. They accounted for 87% of total exports to the US.

Goods imported to India from the US

Total imports of these commodities aggregated $ 19.1 billion during April-December, 2019, registering a contraction of 3.9% from a year ago.

Comment: This visit of US President Donald Trump to India is significant given that there are very strong economic relations between the two countries. Of late, however, there have been some disagreements on trade-related issues which hopefully should get sorted out during the year.

NOTE: The data mentioned related to the exports and imports is based on India and USA Economic Ties report published by CARE Ratings.