An intricate web of romance and revenge 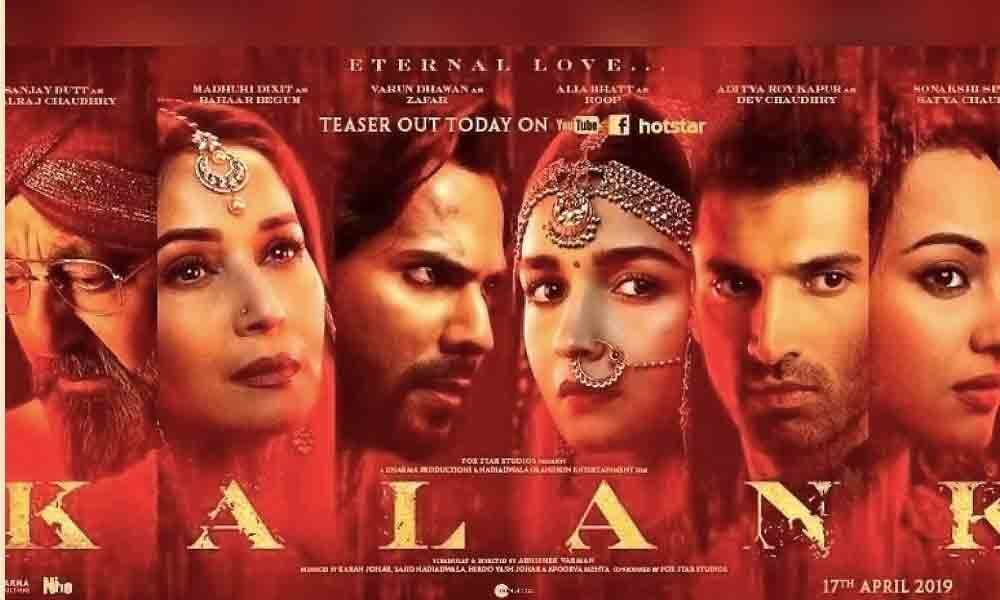 Love stories, set in pre-Partition era are go-to themes for Hindi filmmakers. The end product could be a combo of action and emotion, with a lot of communal posturing and peace overtures thrown in to balance the heated atmosphere.

Love stories, set in pre-Partition era are go-to themes for Hindi filmmakers. The end product could be a combo of action and emotion, with a lot of communal posturing and peace overtures thrown in to balance the heated atmosphere.

Raising expectations with a superb star cast, with Sanjay Dutt- Madhuri Dixit at one end and Alia Bhatt- Aditya Roy Kapur- Varun Dhawan at the other, the 160-film of Abhishek Varman transports one to a languid, unhurried phase of the 20th century upcountry India, with distant rumbles threatening day-to-day lives.

A blend of two parallel tracks in undivided Punjab of the 1940s is a clear depiction of the times that existed then. The infamous Hira Mandi neighbourhood with its madam ( Madhuri Dixit) and nautch girls, right-seeking Muslims represented by an illegitimate child ( Varun Dhawan) and a posh, withdrawn and educated environment of the Hindu family to which the newspaper editor hero ( Aditya Roy Kapur) belongs to are showcased with a heavy tone of realism.

The complexities of relationships, with Alia Bhatt moving in from one corner of the country to the other in a marital pact with Aditya Roy Kapur to replace the dying Sonakshi Sinha explodes into a sea of emotional wrangling and confrontations. Things take an impossible turn when Varun Dhawan falls for the new bride, whom he knows is a 'compromise' candidate, while Sanjay Dutt, the patriarch has his own secrets to hide.

Basing his entire screenplay on this premise, Varman stays rooted in the milieu, gradually raising the temperature when the two communities fall apart and the love story takes its own violent, gruesome turn.

Fabulous cameo performances by Kunal Khemu and Kiara Advani add to the watchability quotient for sure. However, what could have been a heart-tugging experience dissipates in the final half-an-hour when a sharply edited set of scenes could have done well to highlight the director's storyline.

A self-indulgent helmsman that Varman turns out to be, he lets the proceedings slip beyond control and ends up testing the patience of the audience, which is an anti-climax of sorts of what could have been an engrossing, period film romance and retribution.