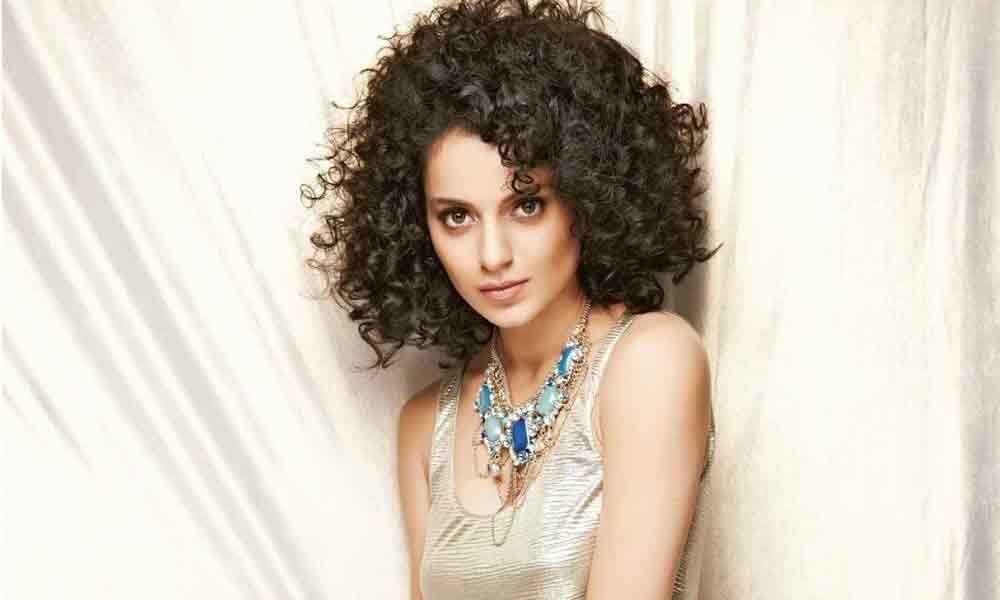 Bollywood's queen of controversies Kangana Ranaut on Monday said her ugly outburst at a news agency journalist at an event in Mumbai last week happened because she was "fed up" with a section of journalists ganging up against her for speaking up against certain Bollywood biggies such as Hrithik Roshan and Karan Johar.

Bollywood's queen of controversies Kangana Ranaut on Monday said her ugly outburst at a news agency journalist at an event in Mumbai last week happened because she was "fed up" with a section of journalists ganging up against her for speaking up against certain Bollywood biggies such as Hrithik Roshan and Karan Johar.

"If you are referring to the recent media incident, honestly, I noted that since I have raised my voice against certain Bollywood biggies --- whether it is Hrithik Roshan, Karan Johar or any other --- a lot of that Mumbai media has ganged up against me," Kangana told IANS in Mumbai.

On Monday, even as most of the journalistic community continued to boycott her, Kangana seemed in the mood to hold an olive branch to the press. About losing her cool at last week's event, however, she continued to suggest that the media was to blame.

"A lot of nasty stories are reported everyday and that has been going on for the past two to three years.

I was just so fed up. Everything that happened was just a reaction to that kind of pressure, because of all the maligning and smear campaign against me. Otherwise, I feel I have earned a lot of goodwill.

Even in media I have great friends and some great advisors," said the actress.

Kangana's tiff with Johar began in 2017 when she had called the filmmaker "intolerant" towards outsiders and a "flagbearer of nepotism", on his popular chat show "Koffee With Karan".

While on Hrithik, the actor and Kangana were involved in a row that began after she hinted at Hrithik being her "ex-boyfriend". This was followed by an exchange of legal complaints and mud-slinging.

Her recent spat with the media community happened when, at the launch of the song, "The Wakhra swag" last week, Kangana questioned a journalist over his negative remarks on her last release, 'Manikarnika: The Queen Of Jhansi.'

Kangana added: "I have friends in the media who I would call and have broken down in front of them, and they have never written about it.

But like I say 'everyone who call themselves an actor are not actors', similarly the media people who abuse their position of power to bully a girl or to gang up on someone are not pursuing what I consider journalism."

The Members of the Entertainment Journalists' Guild of India (EJGI) on July 10 collectively decided to boycott Kangana Ranaut and demanded a public apology following the ugly spat between the national award-winning actress and a journalist.

The incident happened at the launch of "the Wakhra swag" song of Kangana's upcoming film 'Judgementall Hai Kya.'

The members have now sent a letter to the film's producer Ekta Kapoor, terming the actress's behaviour as "uncalled-for".

Has Kangana's attitude indeed become uncalled-for? Has success made her intolerant towards criticism?

"Criticism, bullying and trolling are different things. Criticism in Hindi is 'samiksha'. If you are analyse a film like 'Judgementall Hai Kya' (it) can be analysed in a certain way, but if you make a 'Bhagat Singh' or 'Rang De Basanti' or 'Manikarnika: Queen Of Jhansi' (you have to have a different approach).

You cannot analyse Bobby (her character in 'Judgementall Hai Kya') and Lakshmi Bai (the same way). There are strict rules," she stressed.

Kangana says she would not mind if people make fun of her but asserted that a martyr's name should not be made light of.