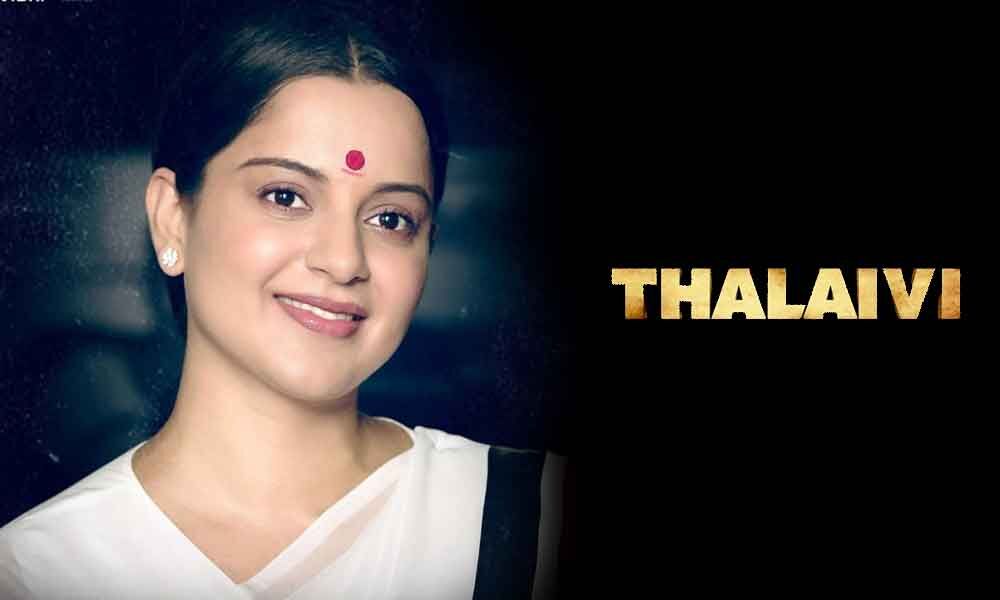 Well, as it is known that the second wave of Covid-19 virus is rapidly spreading in the country, once again the positive cases are increasing. When it...

Well, as it is known that the second wave of Covid-19 virus is rapidly spreading in the country, once again the positive cases are increasing. When it comes to Mumbai, it is specially causing a problem to the actors as a few Bollywood actors like Ranbir, Govinda and Alia Bhatt got in contact with this deadly virus while taking part in their shootings. This is also making the makers of Bollywood movies to postpone the release dates. Already the release dates of Rana's Aranya and few others are pushed ahead. Now, Kangana Ranaut's Thalaivi release date is also postponed.

'Thalaivi' team shared an official note which reads, "As a team, we have sacrificed a lot in making this film and thank every member of the cast and crew who supported us in this challenging but remarkable journey. Since the film has been made in multiple languages, we would like to release if in all languages on the same day. But with an alarming rise in COVID-19 cases, subsequent precautions and lockdowns, even though out film is ready for release on 23rd April, we want to extend all the support towards the government rules and regulations and have decided to postpone release of 'Thalaivi'. Though we are deferring the release date, we are confident that we will receive as much love from you all then as well. Stay safe and looking forward to everyone's support."

Bollywood ace actress Kangana Ranaut is playing the titular role in this biopic. She will be stepping into the shoes of Tamil Nadu's former Chief Minister Jayalalitha. 'Thaliavi' is being directed by Vijay and is produced by Vishnu Vardhan Induri and Shaailesh R Singh under Vibri Motion Pictures and Karma Media & Entertainment banners. This is a tri-lingual movie being shot in Hindi, Tamil and Telugu languages. Thalaivi movie also comprises of star cast which includes Arvind Swami as MGR, Madhubala as MGR's wife, Priyamani as Shasikala and Prakash Raj as Karunanidhi.

Thalaivi movie was scheduled to release on 23rd April, 2021 but now there is no clarity on when will hit the big screens.