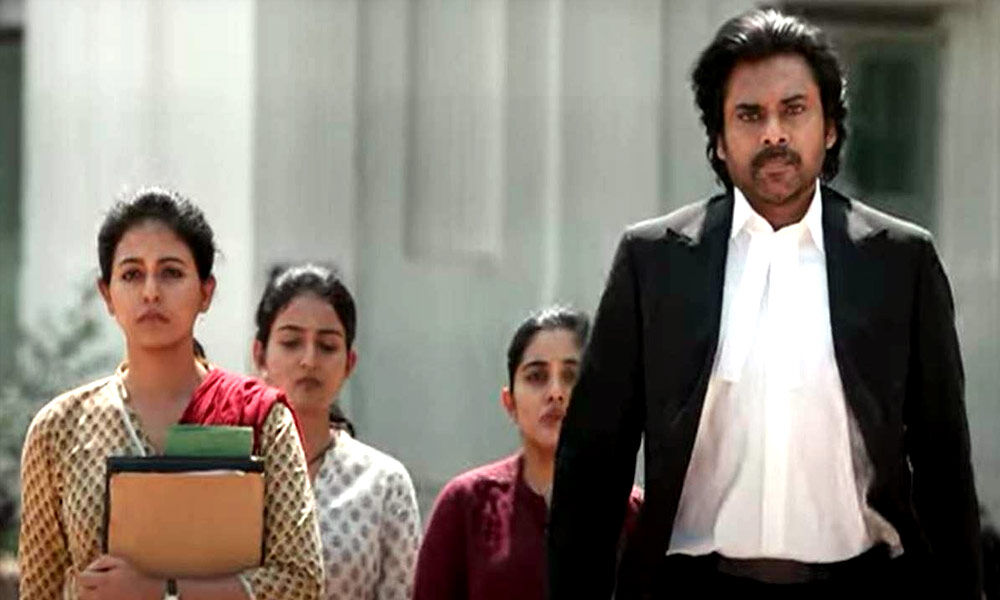 Powerstar Pawan Kalyan's Vakeel Saab is currently generating a great buzz in the Telugu film industry. The film opened to a positive talk on the first day of the release. The makers are happy with the way the film is shaped and received by the audiences. The buzz is that the movie has taken the biggest opening that Indian Cinema has Seen Post-CoVID, grossing over ₹50 Cr Worldwide. The makers are yet to confirm the same.

Despite taking up a remake movie, Venu Sriram has made so many necessary changes to the script and presented it in a refreshing way. His pace of the narrative is fast and engaging. He has executed the script perfectly. Production values by Dil Raju and Sirish are too good. Music by SS. Thaman is topnotch. His BGM elevated most of the scenes. The cinematography by P. S. Vinod is good. At the end of the day, it is the team effort that made the film a big hit.

Vakeel Saab is running with packed houses all around, on the second day of the release as well.