Climate change can be reversed, DiCaprio's 'Ice on Fire' claims 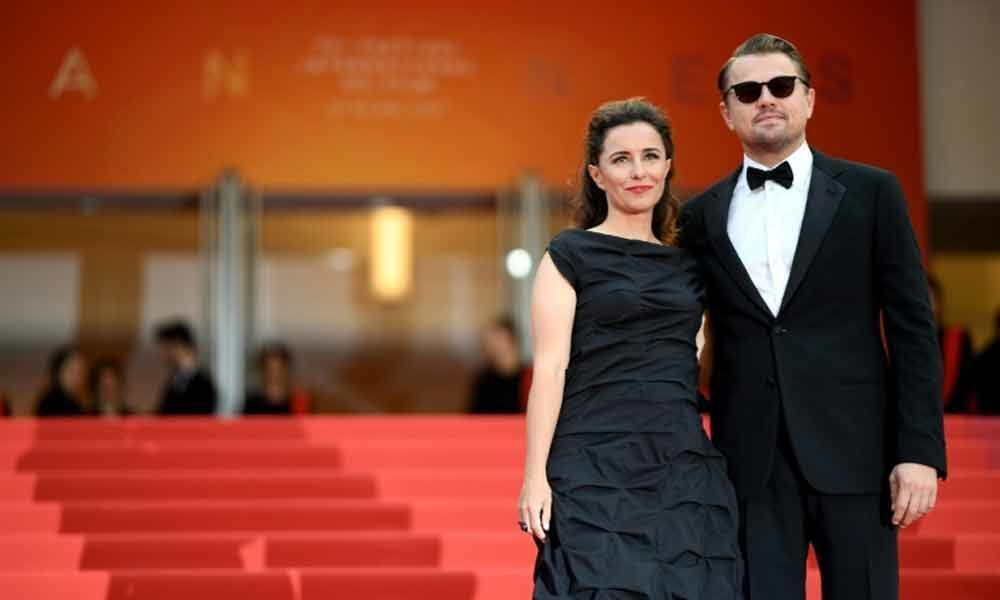 A fisherman turned "steward of the sea" who runs a restorative ocean farm growing seaweed and farming shellfish, Smith is one of dozens of characters who appear in "Ice on Fire", an eye-opening environmental documentary at Cannes film festival. Produced by Hollywood star Leonardo DiCaprio and directed by Leila Conners, who worked together on 2007 climate documentary "The 11th Hour", the film offers a fascinating look at the innovations and people working to significantly reduce carbon in the atmosphere. Take kelp. Not only does it soak up five times more carbon than plants on land, it is one of the fastest growing plants on earth and can be widely used for everything from food to fertiliser and even animal feed.

"If you provide a seaweed diet to cows, you get a 90 per cent reduction in methane output," said Smith, in what could play a key role in reducing the huge quantities of methane produced by livestock, a greenhouse gas that is 25 times more potent than CO2. For Conners, it was learning about the properties of kelp and other innovations that provided the biggest surprise in putting together the film. "If you plant kelp in nine per cent of global waters, you can reduce global emissions by 50 per cent," she told reporters in Cannes, flagging other innovations like the development of biochar (charcoal produced from plant matter) and a Swiss-made direct air capture machine.

"And that's completely doable." Even though warnings about climate catastrophe grow ever louder, the film argues, the world is still spending hundreds of billions of dollars every year on the very fossil fuels that are causing the planet to overheat. "Excess carbon creates climatic disruption, it changes the weather patterns and life support systems that society relies on to survive," said the voiceover by DiCaprio, who has long been an environmental activist. But the film goes beyond the current narrative. "Climate change can be reversed if we act now," DiCaprio said. There are two ways of doing that: either stopping greenhouse gases entering the atmosphere, or bringing CO2 levels back down through photosynthesis, by which carbon is extracted from the air and put it back into the earth in a process known as "drawdown". And "Ice on Fire" focuses on the latter. "How we get out of this is by very practical action," said Conners.

"We went to people who were practically solving this rather than just talking about it," the American director added. In California, enormous redwood trees, which absorb more carbon than any trees on Earth, play a key role in a reforestation project that also creates biochar, a form of charcoal that can store CO2 for long periods, enhancing soil quality and helping it retain water, in a major boost for agriculture. And a small Swiss company has developed a "direct air capture" machine which extracts carbon dioxide from the air which can then be re-used as energy. "We have two stories right now, we have accelerated climate disruption because of the melting of the Arctic and we have the rapid innovation to address this problem," Conners said.

"There are solutions, the question is: will we use them?" As well as doing the narration, DiCaprio had constant input into the film's production, "giving notes, scene by scene", Conners told AFP, but declined to give further detail. And change won't cost the earth -- although the price of stalling might. "We need to grow up and become adults as a human civilisation. It's like being diagnosed with a disease, you get the medicine and you say: 'Well, I don't really want to take it, it's too much money.' And you just die." But the main message to get across was that many people were already helping.

"There are millions of people who are solving this problem," she said. "That's what's so fascinating about drawdown. It would be great if governments participated but we don't need them necessarily. "And that, to me, is the first really helpful sign."