For Vijay's Master Actress Malavika Mohanan, It's All In The Genes 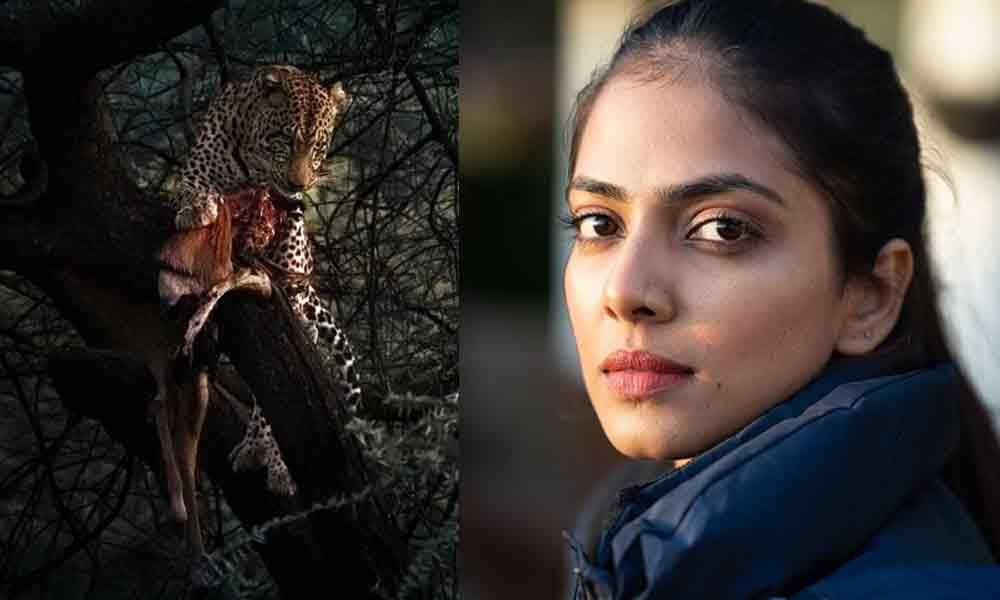 Kollywood: We all know that Malavika Mohanan is looking forward to her next movie titled Master.

Kollywood: We all know that Malavika Mohanan is looking forward to her next movie titled Master. The film is directed by Lokesh Kanagaraj of Kaithi fame and also created a lot of hype even before its release with its first look posters. The movie stars Ilayathalapathy Vijay in lead role while Vijay Sethupathi as an antagonist. Malavika Mohanan plays the leading lady in the movie.

Master is one of the most awaited movies and it should have hit theatres by now but was out off due to the lockdown. All the actors are finding their own ways to keep themselves occupied and amused during this humanitarian crisis.

Malavika, the Master actress, has taken the opportunity to display her hidden talent during this period. She posted a few pictures of African jungle animals that were shot by her during her trip to Tanzania. And guess what? They are amazing. One look at the pictures and it's easy to guess that she has the aptitude for it. She has clicked pictures like a pro.

It was dusk and we were heading back to our camp in 'Arusha' when our guide stopped our jeep and pointed us to a tree. It took a couple of seconds for us to spot this gorgeous creature as the final rays of the sun had almost slipped away from the sky by then. We all just stared, taking the sight in, of seeing nature at its most primal form. We had no hopes of getting a good picture without any light in the sky, and the ones we did manage to get were really grainy. But we were still happy that we got to witness this magnificent sight which seemed right out of something like natgeo, which I used to watch so much as a child. Definitely the highlight of our safari! 🐆 Shot on Sony A7R3 + Sony GM 100-400 P.S. Thank you for making my grainy picture so beautiful with your edit @varun.aditya !

People attribute this talent of hers to her cinematographer father KU Mohanan. We wonder if the actress feels this is her true calling. Who knows she might go behind camera someday, after all, she seems to have got her love for a lens in the genes itself!

Meanwhile, the post-production work of Master is going on in full swing and the makers are waiting for the lockdown to end so they could release the movie in theatres at an appropriate time when the malls and theatres are full again.