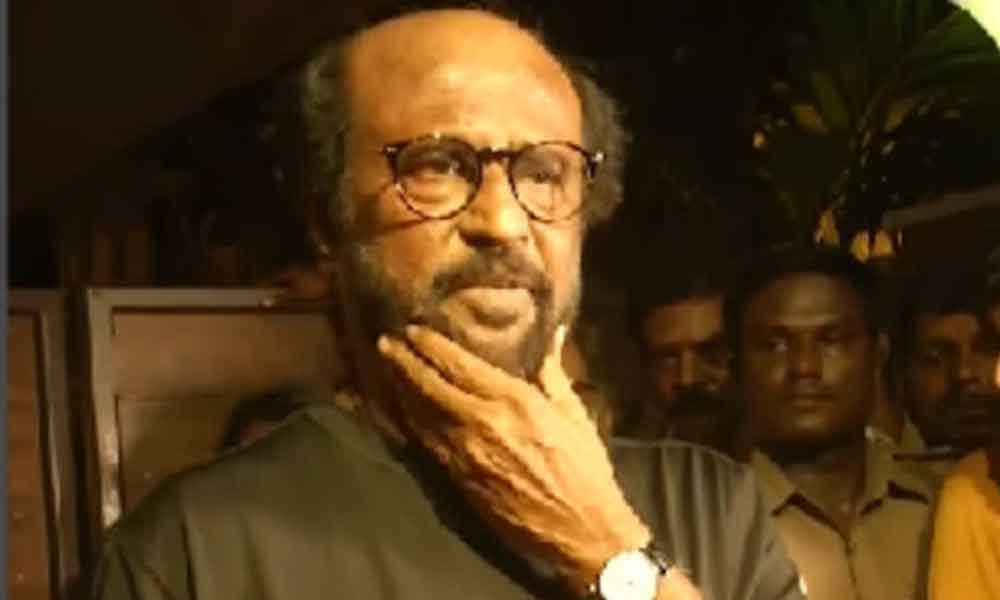 Superstar Rajinikanth is on a signing spree what with the Kollywood Thalaiva delivering one movie after another. The last we saw him was in Durbar...

Superstar Rajinikanth is on a signing spree what with the Kollywood Thalaiva delivering one movie after another. The last we saw him was in Durbar where he played a cop and donned the Khakee after many many years. The movie too was a feast to the eyes of his fans who got to see all the usual theatrics of their favourite actor. Darbar did quite well at the box office as it released a few days ahead of the Tamil harvest festival Pongal.

We all know that other than movies, Rajini loves politics. Even though he has been the No.1 superstar for many many years he never cared to open a social media account to promote his movies. Of course it's a known fact that Rajini movies need no promotions as the entire budget comes back in the pre-release business itself.

However, when the Kollywood actor decided to take the plunge into politics, he decided that it was time to open a Twitter account. That's how he became a social media icon too as he gained record number of followers within minutes after he joined. Yes with Rajini anything is possible.

Now we all know that Delhi is in the thick of action what with several people joining the anti-CAA protests. Over the last few days, there has been a riot situation in the national capital sending people running for cover. The clash between the Delhi police and the protesters even resulted in a TV journalist being hit by a bullet.

Reactions have been pouring in over the incident and guess what superstar Rajinikanth had to say about the incident in the capacity of a political leader? Well, Rajini blamed the Centre's intelligence failure for the situation in Delhi. Rajini went on to slam the Centre saying they have to take up responsibility for the situation.

Now, it remains to be seen what another Kollywood star turned politician Kamal Haasan has to say about this.