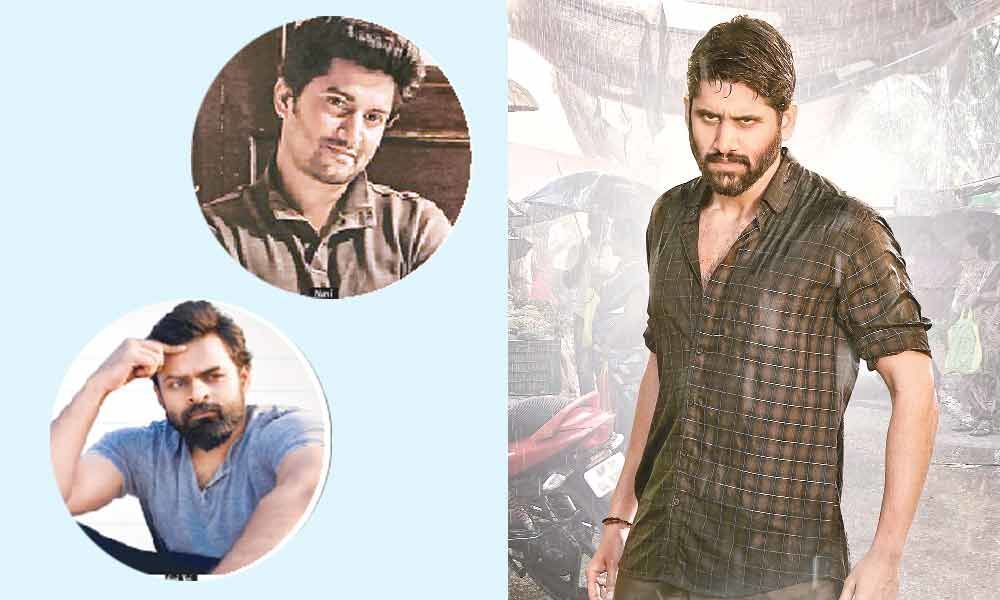 With new-age star Naga Chaitanya drawing sensational openings for his latest release ‘Majili’, wherein he played a loser who is unable to cope up with life and his wife as well.

With new-age star Naga Chaitanya drawing sensational openings for his latest release 'Majili', wherein he played a loser who is unable to cope up with life and his wife as well. "It's my maiden dark role and it received overwhelming response. Director Shiva came up with a script that enabled me to showcase my acting chops," said the scion of Akkineni family, at the success meet.

"Naga Chaitanya's excitement was justified since he would have thought a few times before taking up the role of a frustrated youngster who had to undergo a lot of struggles before his father and wife understand him," says director Meher Ramesh, who claims that more such characters will make our heroes down-to-earth and relatable.

"Even Sai Tej has gone in for a complete makeover in his latest offering where he played a youngster who goes through some sleepless nights as success eludes him.

Although Sai is known for essaying star-studded roles where he could achieve anything by just a flick of his finger, but those days are gone, now audience want to see their heroes in realistic roles and not over-the-top ones, which is a welcome change," says producer Bogavalli Prasad, who tasted success with 'Tholi Prema' by casting Varjun Tej in a boy-next-door role and minted pots of money. "New-age stars are game for variety and willing to shed a few tears to win their lady love or career in the film," adds Prasad.

Interestingly, the upcoming film 'Jersey' of reigning star Nani seems to loaded with senti-drama wherein he is seen arguing with his disgruntled wife (Shradha Srinath) and forced to don cricketing gear to prove a point to his young son and to people around him, going by the heart-wrenching trailer. "There is lot more to film than just cricket. In fact, lot of surprises in store for the audience," said Nani at the trailer launch.

"Actually, an actor can portray varied emotions only in realistic roles ," says director Gunasekhar and adds "Tamil stars like Karthi and Dhanush won the hearts of Telugu audience with their performance-oriented roles, now it is the turn of Telugu stars to dabble with non-heroic stuff, where they achieve their goals after going through lot of hardships. No doubt, they should try to do softer roles to break-away from action image and avoid being typecast as well,"

However, a top-league director has a different take on heroes mellowing down in T-town. "Young Telugu stars should not experiment too much because attaining larger-than-life image is like a boon.

Story of underdogs catch the fancy of the audience at times, but they cannot be the norm. Nani, is exceptionally talented while Chaitanya and Sai Tej are proving to be one." he concludes.