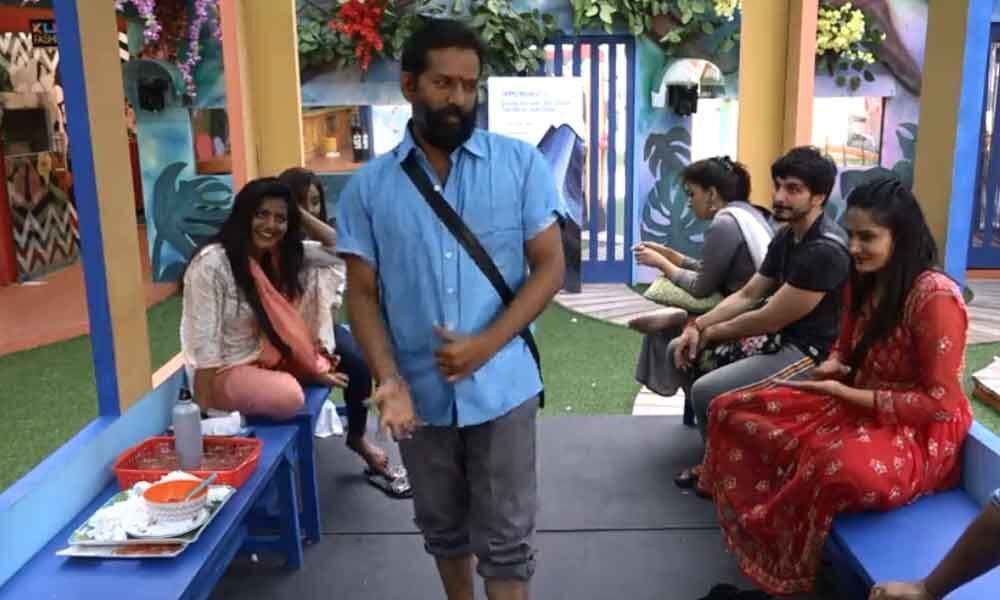 The Bigg Boss Express task entered the next level in the house.

The BB Express task entered the next level in the house. The housemates tried their best to impress the audiences with different kinds of performances. Punarnavi and Ravi continued their romance in the train. Ali and Sreemukhi too maintained their chemistry. The highlight of the episode is Baba Bhaskar.

Baba Bhaskar turned director during Start Camera Action Task. Bigg Boss asked the housemates to make a short film and Varun is the cinematographer. Rahil was his assistant. Himaja, Sreemukhi, Ravi, Ali, and Mahesh are the artists. Titled as Erragadda Love Story, Baba directed it.

Most of the performances looked over board and also generated boredom. In between, Bigg Boss announced a challenge between Ali and Rahul which was won by Ali.

Later, in another task, Baba Bhaskar won the task. This is about peeling the coconut. Bigg Boss later asked the housemates to choose the best performers. The housemates selected Rahul, Varun, and Baba Bhaskar.

Bigg Boss announced that they are eligible for the captaincy task.