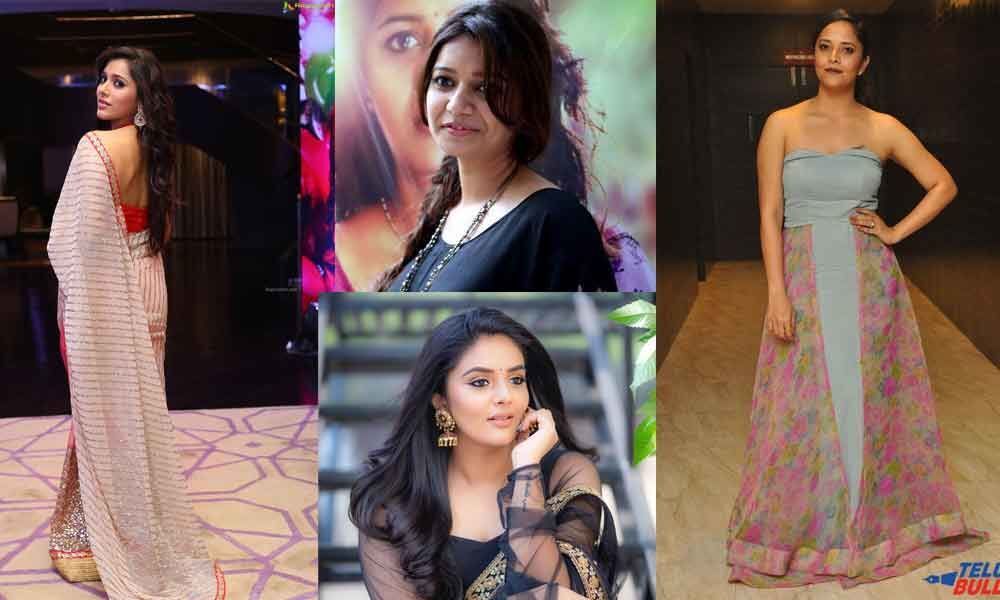 Even her earlier releases 'Tanu Vachchenanta' and 'Rani Gari Bungalow' turned out to be a damp squib. "She hasn't been among hits these days and her last big hit was 'Guntur Talkies.'

Probably, it's high time she has to re-draw her career plans and pick right scripts before it is too late," says distributor Vamsi Kishore, who feels that appearing on small screen almost every other day, could be one of the reasons.

"Overexposure is definitely taking its toll on small screen divas. Ofcourse, they are a good mix of good looks and talent, but unable to attract footfalls at theatres till date," he adds.

Similarly, her colleague Anasuya Bharadwaj (Jabardasth fame) also couldn't make a mark as a solo-heroine till now but receiving appreciation for her decent performance in films like 'Rangasthalam' and 'Yatra'. However, she is pinning hopes on her next release 'Kathanam' to prove a point.

"If the thriller works, then she would be breaking the jinx of TV hosts-turned-actresses in T-town. It's kind of a Catch-22 situation for Anasuya.

If she keeps doing character roles, it will be difficult to attract solo-lead roles. If she cuts down on special roles, waiting for elusive heroine offer, then she could lose her position," says distributor Balusu Rama Rao.

Whereas, Colours Swathi, who made a mark as an actress with hits like 'Ashta Chemma', 'Swamy Ra Ra' and 'Karthikeya' but her successor like Sreemukhi, who played the female lead in films like 'Prema Ishq Kadhal' and 'Chandrika' had to return to Idiot Box after duds like 'Andhra Pori' and 'Babu Baga Busy," "Only Swathi's transition from small to big screen was quite successful as she played heroine in many movies.

Whereas, Sreemukhi, who is very chirpy and active girl, couldn't sustain the competition from B-town sexy sirens and had to return to host shows and same is the fate of Bhargavi," says distributor Babu Rao.

The shift from the Idiot Box to the silver screen hasn't augured well for actresses even in the past. "Most popular TV faces like Jhansi, Uday Bhanu and Suma couldn't become top heroines.

While Suma almost quit big screen, Jhansi was the only small screen diva, who has done more than 40-odd movies, riding on her talent and by doing different roles- from 'Ashta Chemma' to 'Tulasi and 'Sogade Chinni Nayana' to 'Mallesam'.

While Udaya Bhanu also had to be content with roles of substance from 'Erra Sanyam' to 'Madhumati' barring an item number in 'Leader'.