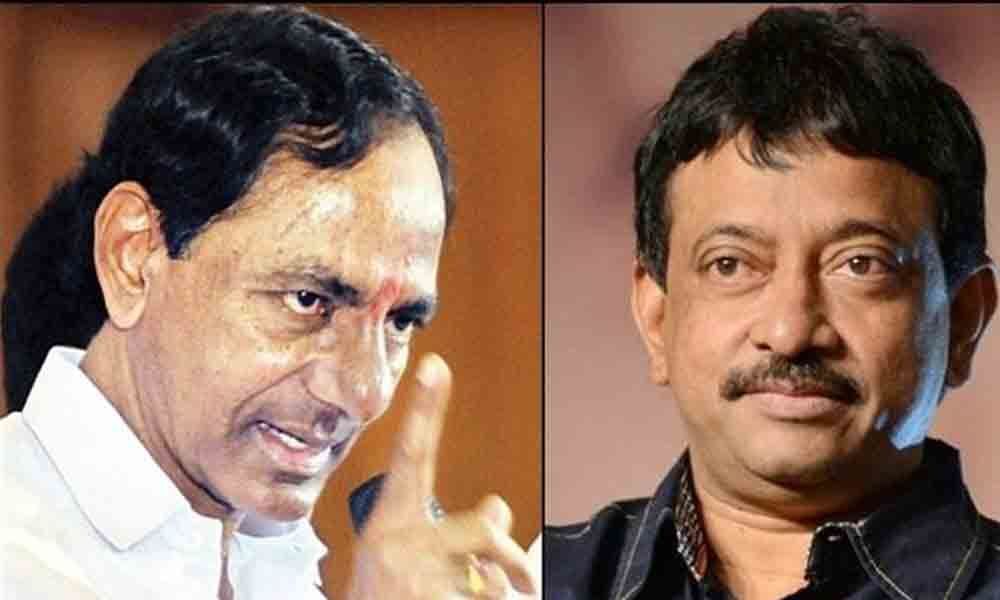 After creating ripples with ‘Lakshmi’s NTR’, maverick director Ram Gopal Varma announced on Thursday that he would be making a biopic on Telangana Chief Minister K Chandrasekhar Rao.

After creating ripples with 'Lakshmi's NTR', maverick director Ram Gopal Varma announced on Thursday that he would be making a biopic on Telangana Chief Minister K Chandrasekhar Rao.

He even released the title of the film as 'Tiger'. The film will showcase how KCR fought against all odds and brought the state of Telangana into existence. He has captioned the film as The Aggressive Gandhi.

Now, it will be interesting to see who will play KCR in RGV's biopic.

The 'Satya' helmer who made average grosser 'Lakshmi's NTR' which was banned in Andhra Pradesh due to objections raised by TDP, also turned actor with his recently announced 'Cobra' wherein he will be playing an intelligence officer.

The maker who is adept in making 'gangster' movies has now shifted focus on top politicians.

Already, a biopic on Chief Minister 'Udyama Simham' got released on the youtube as it didn't get permission for theatrical release during elections season.

Two films with Telugu actor Srikanth and character actor Nasser playing KCR on screen are in the pipeline.