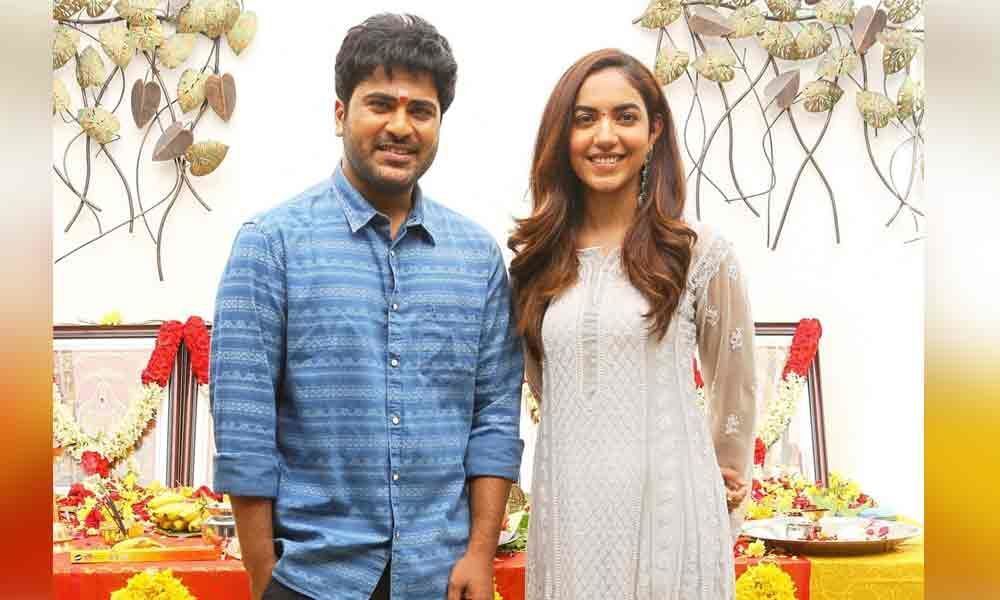 Young actor Sharwanand has signed a film with a newcomer Shree Karthick. This untitled film was launched with a formal Pooja on Wednesday and the...

Young actor Sharwanand has signed a film with a newcomer Shree Karthick. This untitled film was launched with a formal Pooja on Wednesday and the shooting has kick-started in Chennai.

In this film Sharwa will be pairing up with Ritu Varma of 'Pelli Choopulu' fame while Nassar, Vennela Kishore and Priyadarshi will be seen in other important roles. The film deals with inseparable bonding in friendship and love. Director Tharun Bhascker is penning dialogues for the youthful entertainer. Jakes Bejoy will compose music and Sujith Sarang is handling the cinematography.

Noted production house in Kollywood, Dream Warrior Pictures are producing the untitled movie and the makers are aiming for summer 2020 release. After not-so-impressive 'Ranarangam,' Sharwanand should be pinning hopes on this new-age romantic entertainer to regain his winning habit. It also marks the comeback of talented actress Ritu after a considerable gap.