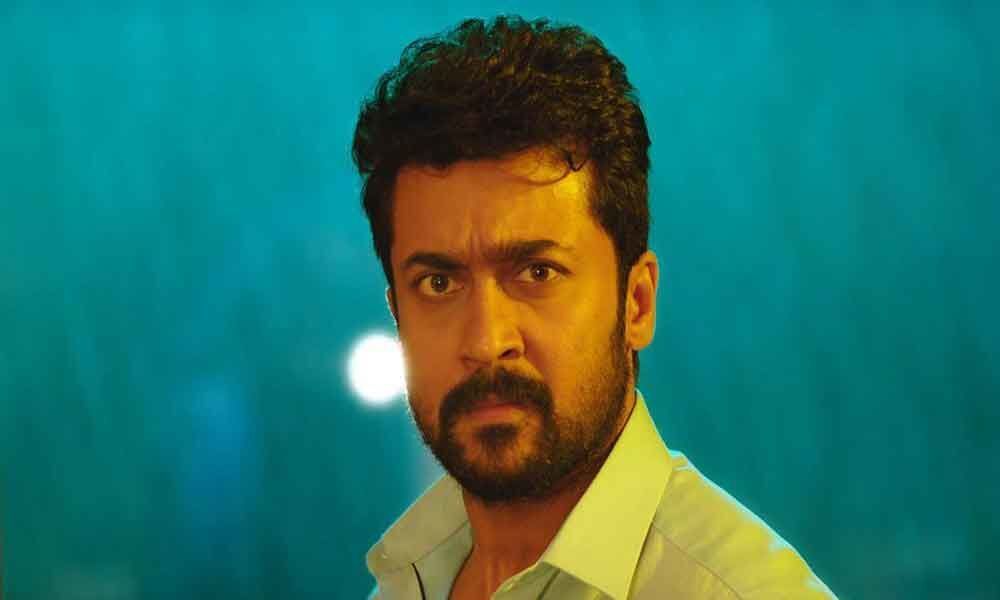 After playing a cop in the ‘Singham’ franchise films and a fake CBI officer in ‘Gang’, Tamil star Suriya returns as a politician in his upcoming film...

After playing a cop in the 'Singham' franchise films and a fake CBI officer in 'Gang', Tamil star Suriya returns as a politician in his upcoming film 'NGK-Nandha Gopalan Kumaran in Selvaraghavan's directorial.

Nandha Gopalan Kumaran loves his country but hates corruption, and he vows to clean up the system despite various obstacles, as the trailer which was released sometime ago indicated.

"Farmers who have shed blood and sweat on this land and workers who strive for our country have the right to question the system," Nandha Gopalan thundered in the two-minute trailer. The film, whose cast includes Sai Pallavi and Rakul Preet Singh, will be released on May 31.

Suriya's last release was Vignesh Shivan's 'Gang' which was an average grosser in two Telugu states. 'NGK' has music by Yuvan Shankar Raja. The movie marks Suriya's first collaboration with Selvaraghavan, who has directed Telugu movies like 'Aadavari Matalaku Arthaleverule' and Tamil movies like 'Pudhupettai', 'Mayakam Enna' and 'Irandam Ulagam'. The makers claim that it would be feast of fans of Suriya in twin Telugu states.