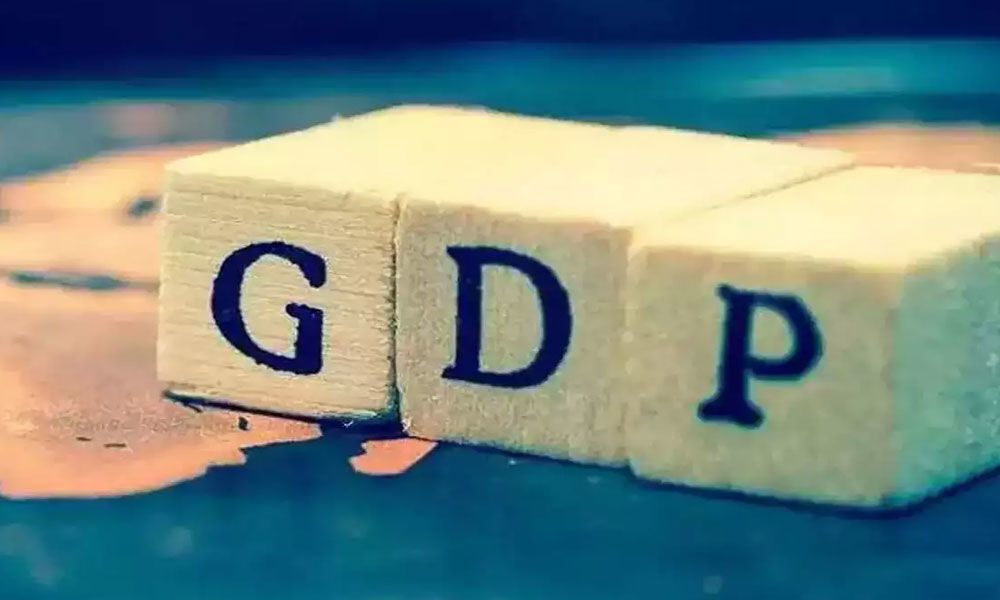 Gross Domestic Product growth sounds alien for majority of people who will vote in the upcoming General Elections which kick off on April 11 and...

Gross Domestic Product growth sounds alien for majority of people who will vote in the upcoming General Elections which kick off on April 11 and conclude on May 19, with counting slated for May 23. But GDP or economic growth always has a bearing on the election outcome. Lower growth spells doom for the ruling party or coalition in the election.

At the same time, higher growth pays rich dividends. That's reason why Opposition turns active whenever growth treads downward path while the ruling party boasts about its economic acumen and paints a rosy picture when the growth curve goes up. That's the importance of the GDP numbers.

In the backdrop, a recent joint statement by 108 economists and social scientists on GDP data estimation during the Modi regime assumes significance. They rued political interference in the data estimates and called for restoration of institutional independence and integrity to the statistical organisations.

They seem to have a point. Soon after coming to power in 2014, the NDA government changed base year to 2011-12. This led to sudden incremental rise in GDP growth while ground realities painted a different picture. Nevertheless, the government went to the town, explaining how it could manage better growth than that of its predecessor i.e. Congress-led UPA government. Experts and economists were not convinced by the Central Statistical Organisation's (CSO) move then.

Interestingly, the revision of UPA regime's GDP data with new base year also pegged the growth during that period at far higher level than earlier estimates. In the statement, the economists - some of whom are from Harvard, IIMs – cited revision of GDP data by CSO and withholding employment data by National Statistical Survey Organisation (NSSO).

They, for instance, pointed out that CSO revised GDP growth estimates for 2016-17 by 1.1 percentage points to 8.2 per cent, the highest in a decade, which for them seemed to be at variance with the evidence marshalled by many economists. On employment data, leaked reports indicated that unemployment rate increased to historic levels.

The latest row over statistical data took a new turn when 131 chartered accountants on Monday countered concerns expressed by economists and claimed that India was poised for a higher growth. Backing the Modi government, the CAs termed concerns raised by economists and social scientists as 'baseless allegations with political motivations".

Finance Minister Arun Jaitley on Tuesday dubbed the economists as compulsive contrarians. In a blog post, Jaitley claimed that CSO always maintained an arm's length distance from the government and 'functions professionally and independently'. He pegged average GDP growth in last five years at a healthy 7.5 per cent, the fastest among the major economies of the world.

Claims and counter claims notwithstanding, repeated revision of economic data cast shadow over the credibility of India's statistical data. The government should initiate measures to restore the credibility. It should also refrain from interfering in future.

Frankly speaking, there is no need for sugar-coating data as any fall in GDP growth will pinch the man on the street even if he doesn't know the nitty-gritty of the data estimation. Accurate data estimation and the credibility associated with it will benefit the country in long run.