India has every right to reinforce Army on border 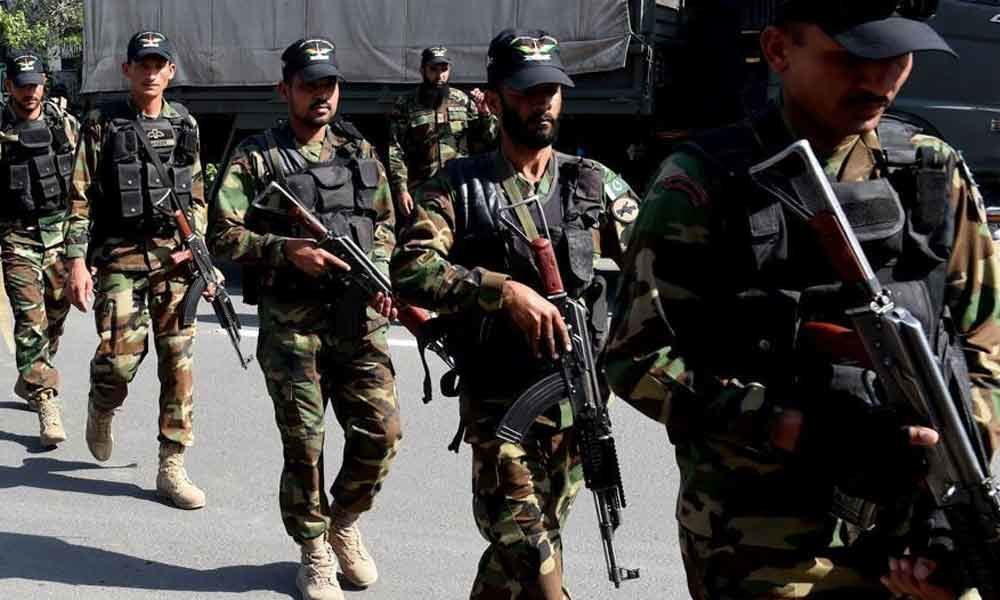 The Centre’s decision to send additional security troops to Kashmir is the right move at the right time.

The Centre's decision to send additional security troops to Kashmir is the right move at the right time.

Emboldened by the so-called successful visit of its Prime Minister Imran Khan to the US and his meeting with Donald Trump, Pakistan is back to its terror tactics once again.

On one hand, it has rejected the ICJ directive to it and ignored its order of providing unhindered Consular access to Kulbhushan Jadhav, whom it has illegally detained after kidnapping him from Iran terming him a spy sent to create disturbances in Balochistan.

Instead of providing Consular access, it has put a rider that its man will monitor the meeting of Consulate officials with Jadhav. It shows that the shameless leadership of Pakistan will never mend its ways with the support of China.

In addition to that, it has now plans to create further disturbances in Kashmir valley to blame Indian forces on the world fora. The Indian Army recently gained access to credible information on Pakistani terror designs and has unearthed it plans to push in terrorists into Kashmir and attack the Indian forces.

The fact that it has resorted to and is resorting to repeated ceasefire violations across the border is an indication of it.

Whenever it wants to push in terrorists into India, its troops resort to heavy firing on Indian posts and blames India in turn.

This time also it is doing the same. On its part, a firm Centre has given the Army and paramilitary forces full freedom to retaliate with maximum fire power.

It is necessary that the LoC comes under a tighter vigil and the valley must also be safeguarded from the elements operating under the guidance of Pakistani non-State as well as State actors.

Worried over the decision to deploy additional troopers in Jammu and Kashmir, a jittery Pakistan has said that it would raise the issue on the global forum.

India is not in a war mood. It is Pakistan which is in a proxy-war mood allowing its terror groups to shift to PoK and work against India.

It has also refused to arrest Masood Azhar and is protecting him with special forces after Balakote incident. All the terror camps and modules are regrouping in PoK according to Indian intelligence sources and India has every reason to refurbish is forces in Kashmir to protect its citizens from the evil designs of Pakistan.

Killing terrorists is not a rights violation in any manner. Terrorism has to be dealt with an iron fist.