Political mockery in AP ahead of polls 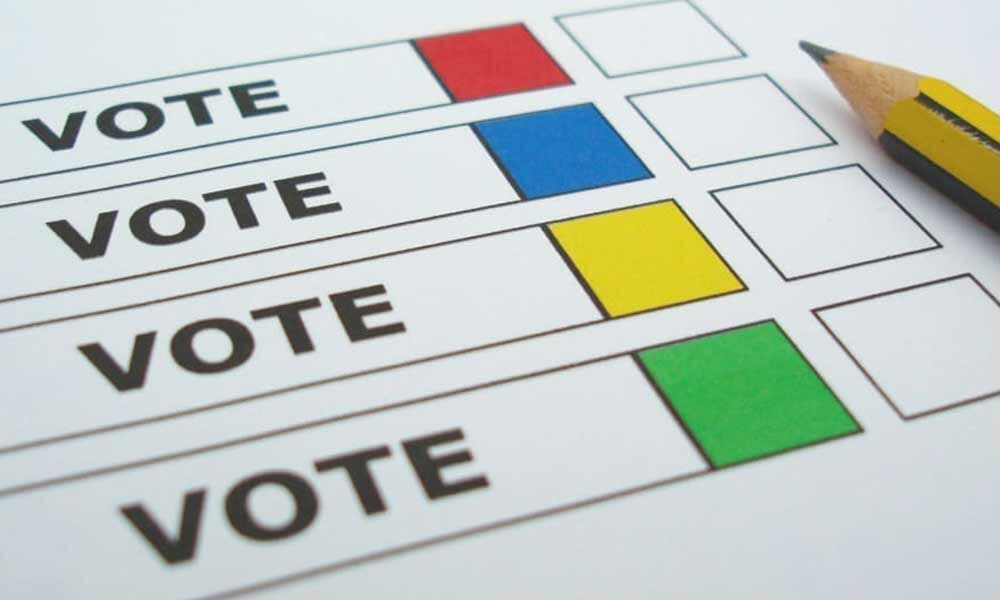 With just three days left for polling, the campaigning both in the form of road shows and through social media has reached a new peak.

With just three days left for polling, the campaigning both in the form of road shows and through social media has reached a new peak.

So far, the general experience has been that by and large the polling in Andhra Pradesh used to be peaceful barring a few stray incidents and may be a couple of incidents where re-polling would have become necessary.

Only certain pockets of Rayalaseema are known to witness a little more violent elections.

About two decades ago in Rayalaseema, followers of the two main contenders used to stand on either side of the polling booth and fire air guns to tell their opponents that they were ready to get their candidate elected and meet any eventuality.

This used to happen just before the polling began. But this election god forbid appears to be heading for some serious trouble. The stakes are too high as both the ruling party and the Opposition feel that it is a do or die and now or never battle.

It is not just a fight based on ideologies. It is something more. Never was such an election scenario witnessed where personal grudges took serious turn and a sort of war like situation created.

Never were Central agencies used so much and never did they appear to have lost their independence so much as it was happening now. After the poll notification, the administration has to be run under close observation of the Election Commission.

But this time, the kind of actions that were being taken raise several questions in the minds of the common man. Shifting the Chief Secretary of the State just four or five days ahead of the date of polling is something which perhaps never happened before. Definitely never in AP.

But when the State government asks for IP addresses in the case pertaining to filing of forms allegedly by the Opposition to remove about nine lakh voters, the EC does not act.

The use or misuse of social media is also on the high side. While leaders of the TDP, the YSRCP and the Jana Sena are sweating it out on the roads addressing public meetings, audio clippings are making rounds in the social media.

They are full of abuses against rivals and statements that how they would behave with the opponents once voted to power.

These clips do not have even an iota of decency in their language in addressing the leaders of rival parties. They could have been doctored clips but still it is setting a bad trend and spreading politics of hatred.

In one such audio clip which is alleged to be that of the YSRCP, Vijayasai Reddy is telling his party workers not to daydream that everything was in their bag and Jagan is going to take oath soon. "Ground situation is different. Jagan gets carried away by what sycophants tell him.

Last time also we lost because of everyone telling him all was over, and he should get ready to take oath," it says. It calls upon the party activists to be very alert and do everything possible to see that the anger against TDP was turned into votes on April 11.

If they commit any mistake, there is every possibility that 2009 result may repeat and if that happens it would be the end of the YSRCP. Naidu can stoop to any level to defeat them… and the abuses go on.

Another audio clip is purported to be a telephonic conversation between a person in Telangana and another in Andhra. The man calling from Telangana wants to know what the ground situation is.

The unidentified person on the other side of the call says it is all in our favour. "Modi is helping us fully. He has shifted the Chief Secretary and in the next three days, the TDP would get some more shocks.

KCR is also is helping us and it is just matter of time for Jagan to take oath as the Chief Minister. At the same time, it goes on saying that let Jagan come to power, strategies have been worked out to finish Naidu and Pavan politically. Modi is terribly angry with Chandrababu Naidu and is helping us.

But we also know he is the most selfish person and hence Jagan should be careful. How can we hand over our party to him after putting in so much of efforts? How can we allow him to enjoy the fruits," the clip goes on.

It remains to be seen what kind of maturity the voters will show on April 11.