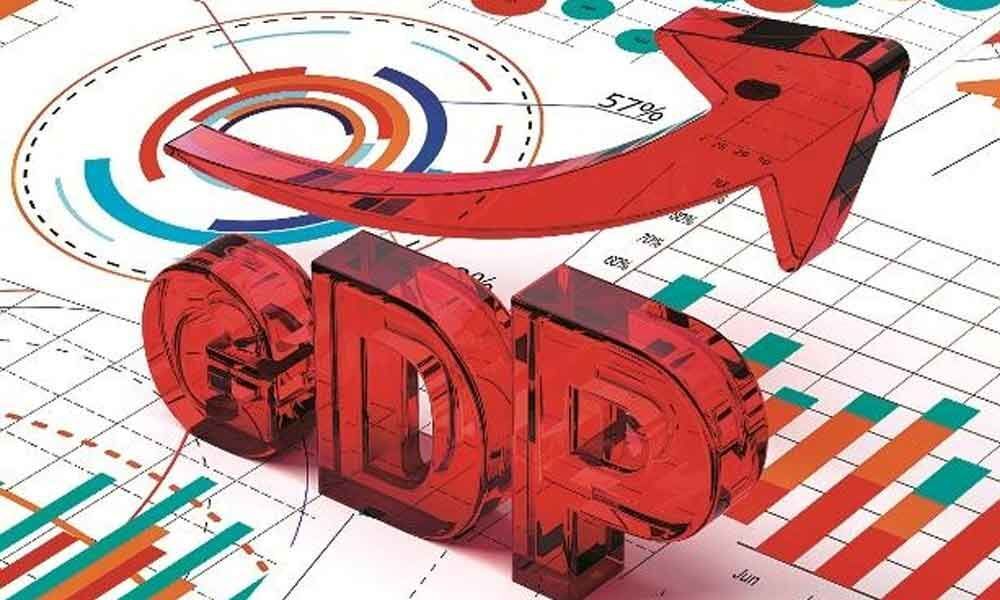 After global agencies like International Monetary Fund (IMF) and ratings firms, the Reserve Bank of India also cut the country's growth forecast for...

In its last week's monetary policy announcement, the apex bank reduced the projected GDP growth rate for the financial year 2019-20 to 6.9 per cent from its earlier estimate of seven per cent.

RBI reduced key repo rate four times in a row, with first rate cut coming in February this year and the latest one - an unconventional 0.35 per cent - last week.

But macroeconomic indicators reveal that growth did not pick up much after GDP growth hit a five-year low of 5.8 per cent during January-March 2019 period, the last quarter of last financial year.

For instance, industrial output growth tapered off to 3.6 per cent in April-June 2019, the first quarter, from 5.1 per cent in the same period a year ago.

This was primarily because key sectors like manufacturing, mining and capital goods performed below par- a worrying signal for any government.

In this backdrop, Finance Minister Nirmala Sitharaman's series of meetings with the captains of industry and industry associations held last week assume significance.

India Inc was unanimous in seeking a stimulus package of Rs 1 lakh crore to put the country's economy on higher growth track. There were sector-specific and industry-specific demands as well.

NBFC liquidity crisis and tax rationalization were also highlighted by it. Sitharaman also met representatives of foreign portfolio investors (FPIs) which were seeking roll-back of surcharge on super-rich slapped in the recent Union Budget.

This surcharge is perceived as a threat to the margins of foreign investors. The result. Indian stock markets have been on downward spiral post the Budget, as FPIs pulled out investments.

During these interactions, the Finance Minister did not make any commitments, but listened to whatever industry told her.

However, with consumption levels in negative territory in the country and likely slowdown in major economics, there is no option for the government except coming out with sops to spur economic growth.

With the Narendra Modi government setting a target to take economy to $5 trillion mark by 2025, a double-digit GDP growth is imperative, year after year. RBI's projection of 6.9 per cent economic growth for current fiscal is not enough.

But if we go by the projections of Japanese brokerage firm Nomura, India's GDP is likely to clock just 5.7 per cent upswing in April-June 2019 period. That is a lot lower than what RBI has forecasted.

Such bleak projections have made some believe that Indian economy is already in recession. Drastic slowdown in key sectors like automobiles also points to recessionary tendencies.

Latest reports indicate that over 15,000 people went jobless in auto sector so far.

The trillion-rupee question is whether the Modi government will come out with adequate package to stimulate economy. If not, industry will face a touch challenge. So are also the people.